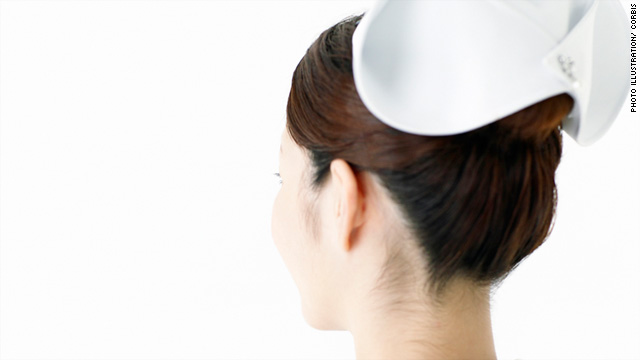 Less than half of the public schools in the U.S. today have a full-time nurse on staff.
STORY HIGHLIGHTS
RELATED TOPICS

Ten-year-old Mercedes Mears arrived at Clover Creek Elementary School, in Tacoma, Washington, short of breath. Her sister ran into the office to get help. According to later accounts, Mercedes was in a panic.

The school knew she was both asthmatic and suffered from food allergies -- a plan detailing emergency treatment was on hand, as was a supply of her asthma medication and an allergy autoinjector, which would deliver a shot of epinephrine to relax the muscles of the airways. The plan had been signed by the school nurse. But the nurse came to Clover Creek only a few days a week -- and that day wasn't one of them.

Filling in was a "health clerk," a former lunch server and playground supervisor with no formal medical training. When Mercedes collapsed to the floor, the school staff called the paramedics, but no one gave her an injection, nor did they attempt any form of CPR or mouth-to-mouth resuscitation. When paramedics arrived, six minutes later, Mercedes was in full cardiac arrest and she died of an acute asthma attack.

Mercedes' parents have filed a lawsuit against the school district, and the case is scheduled to go to trial in June. "The important thing here is that Mercedes wasn't a kid they didn't know about. She had a health plan in place that authorized the school to give her medication when she couldn't breathe," notes Thaddeus Martin, the attorney representing the Mears family. Might things have gone differently that day if the school had had a registered nurse on duty?

From skinned knees to serious allergic reactions, school nurses play a critical role in our education system. Yet less than half of the public schools in the U.S. today have a full-time nurse on staff, posing a real threat to the health and well-being of our children.

That's a question every parent should ask, for today a missing school nurse isn't the exception but the rule. According to the National Association of School Nurses, only 45 percent of the nation's public schools have a full-time on-site nurse. Thirty percent have one who works part-time -- often dividing her hours between multiple school buildings -- and a full 25 percent have no nurse at all. The implications are sobering. Having no school nurse can mean that kids who have or develop a serious health problem may not receive immediate diagnosis or treatment. Those who depend on daily medications may receive them from staff who have no medical training. Physical or emotional problems may go unnoticed. Healthy kids may miss out on lessons in hygiene and nutrition. Everyone loses.

Why Kids Get Sicker at Night

There's no shortage of people willing to do the job, says Sandi Delack, president of NASN; the issue is funding. Districts everywhere are under pressure to raise academic test scores, and to do so with ever-shrinking budgets. When inevitable cuts come, the first to go are programs not required by law. And, strikingly, very few states mandate that a nurse be in every school; individual districts decide if it's a priority.

Children come to school today with health-care needs that go far beyond bandaging a skinned knee. More than 300,000 school-age children have epilepsy. About 4.5 million have ADHD. Some 15,000 kids learn they have Type 1 diabetes each year Three million suffer from food allergies, and 9 million haveasthma.

Add to this equation the children whose families don't have adequate health care and may come to school with problems such as untreated ear infections, along with a constant parade of youngsters suffering from scrapes, falls, and upset stomachs. "There's a line of kids outside the health office before the school day even begins," says Patricia Gomes, R.N., who coordinates health programs for the Central Unified School District, in Fresno, California.

So Big! What Kids' Growth Charts Don't Tell You

Yet in many locations, registered nurses must divide their time between school buildings that are miles apart, talking to one office while in another, figuring out which crisis is the most serious. Meanwhile, teachers, school secretaries, and health aides must step in to fill the gap, and the potential for mistakes increases. An anonymous survey conducted at a California School Nurses Organization conference asked members to describe medication errors made by health "aides." One nurse wrote about a student who'd died after having a seizure and hitting his head when he was home alone. She later checked his school medication card and saw that in the weeks prior, he'd missed nearly half his regular doses of medication because office staff hadn't called him in to take it.

Another incident involved an aide who didn't insist a child wash his hands before diabetes testing, which resulted in an abnormally high blood-sugar reading because there was jelly on the tested finger, and the calculated amount of insulin was too much. Even a seemingly routine problem may require skilled evaluation, says Gomes. "We see a lot of kids who've fallen and hit their heads. You have to know when a bump's just a bump and when it may be a critical injury."

Ahead of the curve

In April 2009 H1N1 flu made it clear that school nurses are also vital front-line defense during epidemics: It was a call to the New York City Department of Health from Mary Pappas, an experienced high school nurse who was alarmed by the number of sick students she was seeing, that alerted authorities that H1N1 had arrived. Nurses are also more likely than untrained staff to know when kids don't need to be sent home. A study published in The Journal of School Nursing found that only 5 percent of kids coming sick or injured to the health office were sent home when evaluated by a school nurse, while untrained staff sent home 18 percent. Indeed, when a nurse position was cut at the Davis-Emerson Middle School, in Tuscaloosa, Alabama, the attendance rate declined -- instead of students with problems getting help and going back to class, they were going home, showing up late, or just not coming to school at all.

Finally, schools with nurses can help keep kids well. Nurses who have time to pay individual attention to children can recognize early signs of trouble, whether it's depression, drug use, or trouble at home or school. Nurses offer vision and hearing screening exams, teach kids to wash their hands properly, and give guidance in nutrition -- no small thing at a time when 17 percent of U.S. children ages 2 to 19 are obese.

When to Test for ADHD

What you can do to help

The first steps: Determine where your state stands in terms of nurse-to-student ratio on the NASN website. Then make calls closer to home. "Don't assume the person sitting in your local school's health room is a licensed registered nurse," says NASN president Delack. "Find out if she is. And if not, ask why not." Join other concerned parents to bring up the problem at district budgeting meetings.