To the brain, getting burned, getting dumped feel the same 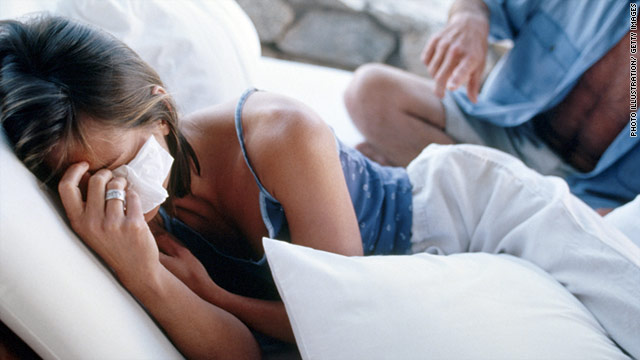 Brain networks that are activated when you're burned also light up when you think about a lover who has spurned you.
STORY HIGHLIGHTS
RELATED TOPICS

(Health.com) -- Science has finally confirmed what anyone who's ever been in love already knows: Heartbreak really does hurt.

In a new study using functional magnetic resonance imaging (fMRI), researchers have found that the same brain networks that are activated when you're burned by hot coffee also light up when you think about a lover who has spurned you.

In other words, the brain doesn't appear to firmly distinguish between physical pain and intense emotional pain. Heartache and painful breakups are "more than just metaphors," says Ethan Kross, Ph.D., the lead researcher and an assistant professor of psychology at the University of Michigan, in Ann Arbor.

Health.com: How to keep chronic pain from straining your friendships

The study, which was published in the journal Proceedings of the National Academy of Sciences, illuminates the role that feelings of rejection and other emotional trauma can play in the development of chronic pain disorders such as fibromyalgia, Kross says. And, he adds, it raises interesting questions about whether treating physical pain can help to relieve emotional pain, and vice versa.

"What's exciting about these findings," he says, "is that they outline the direct way in which emotional experiences can be linked to the body."

Kross and his colleagues recruited 21 women and 19 men who had no history of chronic pain or mental illness but who had all been dumped by a romantic partner within the previous six months. The volunteers underwent fMRI scans -- which measure brain activity by tracking changes in blood flow -- during two painful tasks.

In the first, a heat source strapped to each subject's left arm created physical pain akin to "holding a hot cup of coffee without the sleeve," Kross says. In the second, the volunteers were asked to look at photos of their lost loves and were prompted to remember specific experiences they shared with that person.

Other fMRI research has examined how social rejection manifests in the brain, but this study was the first to show that rejection can elicit a response in two brain areas associated with physical pain: the secondary somatosensory cortex and the dorsal posterior insula. Those brain regions may have lit up in this study but not others because the rejection his volunteers experienced was unusually intense, Kross says.

Although Kross stresses that the study is "very much a first step" in understanding the connection between physical and emotional pain, the findings may help chronic pain patients grasp that emotions can affect their physical condition, says psychologist Judith Scheman, Ph.D., director of the chronic pain rehabilitation program at the Cleveland Clinic.

Past traumas can make people more sensitive to pain and thus more susceptible to disorders like fibromyalgia, which causes both chronic pain and fatigue, Scheman says. She and her staff encourage pain patients to "explore their emotional trauma and baggage," but many are reluctant to do so.

"As a clinician, I like studies like this because patients often don't understand why they have to do painful emotional work," Scheman continues. "Showing them something like this helps them understand that there is science behind what I am asking them to do."