Multitasking and crosswalks a risky mix for elderly 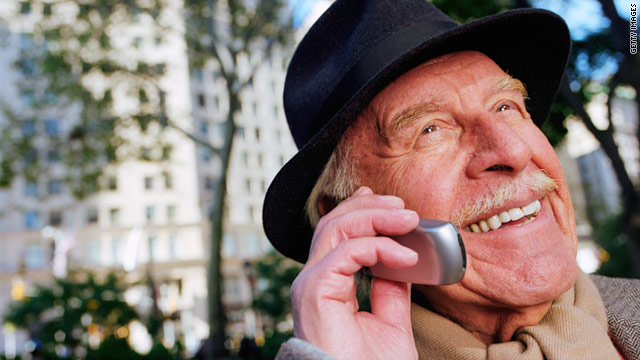 Chatting on a cell phone while attempting to cross the street may be hazardous for older adults, a new study suggests.
STORY HIGHLIGHTS
RELATED TOPICS

(Health.com) -- Chatting on a cell phone while attempting to cross the street may be particularly hazardous for older adults, a new study suggests.

The study, which appears in the journal Psychology and Aging, confirms other research showing that multitasking can interfere with an older person's ability to perform everyday activities, says Adam Gazzaley, M.D., an associate professor of neurology, physiology, and psychiatry at the University of California, San Francisco.

"We know that older adults are very susceptible to impacts of interference," says Gazzaley, who was not involved in the study.

When engaged in a cell-phone conversation, people between the ages of 59 and 81 were less likely to successfully cross a virtual street within 30 seconds than their younger counterparts, the study found. The older participants also took longer to start walking.

"Older adults were much more likely to time out than younger adults, and that pattern was strongest when they were talking on a cell phone," says Mark B. Neider, Ph.D., the lead author of the study and a postdoctoral researcher at the University of Illinois at Urbana--Champaign's Beckman Institute for Advanced Science and Technology.

Neider says the delays older adults exhibited in starting to cross the street are probably due to "cognitive interference" rather than excessive caution. Cell-phone conversations and other forms of multitasking may slow down the mental and visual processing required to gauge the distance and speed of oncoming cars, the study suggests.

"We're very interested in understanding what is going on within the brain that leads to this change as we get older," Gazzaley says.

Health.com: Fit at any age: your 50s strength workout

To test whether aging reduces the ability of pedestrians to multitask, Neider and his colleagues created a simulated crosswalk using a self-powered treadmill, video screens depicting a busy street, and special goggles that create the illusion of virtual reality.

Using this setup, the researchers asked 18 college students and an equal number of older adults to walk across the street under a variety of traffic conditions while chatting on a hands-free cell phone or listening to music on an iPod. (As a control, the study participants also crossed the street gadget free.)

Although the older adults were no more likely to be struck by a (virtual) car, the findings nevertheless suggest that cell phones and other distractions pose a potential safety risk to older people, Neider says. "Everybody needs to be careful, but older adults should probably be even more cautious if they're going to engage in this sort of activity."

While distracted driving has been a major thrust of research in recent years, there has been relatively little examination of the effect that talking on a cell phone has on walking, Neider says.

This so-called distracted walking has attracted the attention of policymakers, however. Earlier this year, New York State Senator Carl Kruger reintroduced legislation to ban the use of electronic devices, such as cell phones and iPods, while navigating a crosswalk in Manhattan. Violators would face a $100 fine.