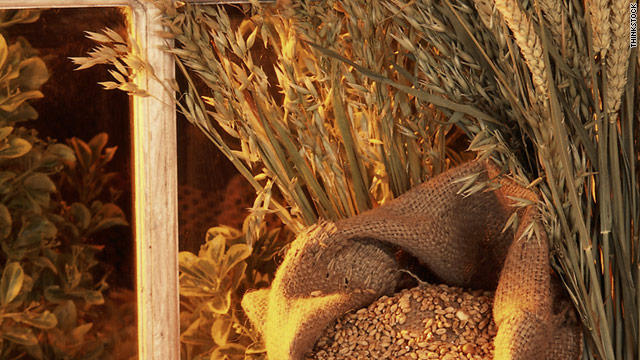 A study suggests that consuming whole grains may extend your life.
RELATED TOPICS

(Health.com) -- Eating a diet rich in fiber - especially the kind of fiber found in whole grains - reduces the risk of dying at an early age from a range of causes, a new government study suggests.

Fiber's beneficial effects on heart health have been known for decades, so it wasn't surprising that eating a lot of fiber was associated with a lower risk of death due to heart attack and heart disease. But fiber intake also appears to lower the risk of dying from respiratory diseases (such as pneumonia and chronic bronchitis) and infectious diseases, the study found.

"The benefits of fiber are broader than what had been anticipated or previously studied," says Frank Hu, M.D., a professor of nutrition and epidemiology at the Harvard School of Public Health in Boston, co-author of an editorial accompanying the study. Both were published today on the website of the Archives of Internal Medicine.

The study, which was funded by the National Cancer Institute, also found a link between fiber consumption and a reduced risk of death from cancer, but only in men.

The source of the fiber appears to be critical. Consuming fiber from whole grains was most strongly linked to a lower risk of dying during the study, while fiber from vegetables and beans appeared to have a minimal impact on death risk. The fiber in fruit seemed to offer no protection at all.

"We only see significant effects from whole grains," says the lead author of the study, Yikyung Park, a researcher in the NCI's nutritional epidemiology branch. "But we don't know how this fiber works to improve health."

Health.com: Fill up on fiber

This unexpected finding suggests that the antioxidants and other nutrients in whole grains- not just the fiber- may be partly responsible for promoting health and long life.

"Is the fiber in whole grains truly different? Or are you getting the benefits from [the other nutrients]?" says David Frid, M.D., a cardiologist at the Cleveland Clinic who was not involved in the study. "We don't know."

Park and her colleagues analyzed data on more than half a million AARP members between the ages of 50 and 71 who answered survey questions about their eating habits as part of a nine-year study on diet and health.

Health.com: 5 shortcuts to a heart-healthy diet

The participants who reported eating the most fiber- about 30 grams a day for men, and 25 grams a day for women- were 22% less likely to die from any cause during the study than those who consumed the least (about 13 grams and 11 grams for men and women, respectively).

Both Park and Hu were surprised that high fiber intake was associated with a lower risk of death from respiratory and infectious diseases. The anti-inflammatory properties of fiber may help explain this finding, but both agree that further research is needed to confirm this link. "Remember, this is just one study," Park says. "We need other studies to replicate what we have found."

Similarly, it's not clear why fiber appears to play a protective role against cancer in men but not in women. One explanation may be that fiber helps lower the risk of cancers that are more common in men, such as head and neck cancer, the study notes.

But for now that's just a theory. As Hu says, "We don't understand the mechanism of how fiber works against disease."