Who would steal a baby, and why? 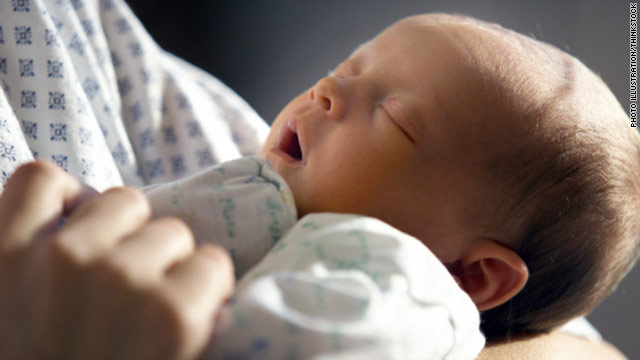 Such cases of baby abductions are extremely rare -- 271 cases in the U.S. have been reported since 1983.
STORY HIGHLIGHTS

(CNN) -- In a case that captured much attention this week, a woman told investigators she abducted an infant from a New York hospital in 1987, hoping to raise the child as her own after she'd suffered multiple miscarriages.

Why would someone steal another person's child?

In these types of cases when a woman snatches a baby, the typical perpetrator is not motivated by maternal envy or a burning desire for motherhood. It's usually her desire to hang on to a boyfriend or husband in a deteriorating relationship, experts said. To do that, she feels she must produce a baby.

"It sounds bizarre," said Cathy Nahirny, a senior analyst on infant abduction cases at the National Center for Missing & Exploited Children. "It's to hold on to the male partner."

The reasoning may sound like a plot line from a soap opera, but the aftermath is tragic.

Such cases of baby abductions are extremely rare -- 271 cases in the U.S. have been reported since 1983. About 4 million babies are born in this country every year.

Half of the abduction cases occurred in health care facilities, where a woman masquerading as a hospital employee walked off with a newborn -- much as Ann "Annugetta" Pettway confessed to doing at Harlem Hospital.

Pettway has admitted to taking 19-day-old Carlina Renae White in 1987. White recently was reunited with her biological family.

On Sunday, Pettway turned herself in and told investigators that she had been unable to give birth, according to court papers filed Monday.

Pettway's cousin told the New York Post that she may have snatched the infant in an attempt to hold on to her boyfriend. The New York Post was first to report the story.

Nahirny does not have firsthand knowledge of Pettway's case and spoke about such cases in general.

In similar kidnappings, Nahirny said, the abductor often is a woman feeling trapped.

"Because she has already announced to her male partner that she's pregnant, the relationship may be warming up," said Nahirny, who has examined hundreds of similar cases. "She's afraid to tell him she has had a miscarriage. She has it in her head [that] he's going to leave."

The phenomenon transcends race and socio-economic status. The woman is likely to be of childbearing age and often overweight, according to the infant abductor profile used by the National Center for Missing & Exploited Children. The profiles were formed after examining traits and police reports.

"The person is of low-self esteem, who either had a baby or lost a baby, had some kind of medical complication where she couldn't have a baby," said Jeff Aldridge, the president of Security Assessments International, which advises hospitals about security procedures for nurseries.

The abducted child is usually well cared for, Aldridge said.

Infertility generally does not drive the crime, experts say.

"It's not a matter of they're not able to produce," said John Rabun, executive vice president and chief operating officer of the National Center for Missing & Exploited Children. Many of the women have given birth before and use that experience to feign another pregnancy. The issue for them is to produce a baby on cue, he said.

Once a woman lies to her boyfriend or husband about her pregnancy, she has to produce a child within that time frame.

"She's not able to tell him that she miscarried. He's going to leave her. She's under a time pressure," he said.

This means she cannot take fertility treatments or adopt a child -- all of which take time.

In 13 cases, the perpetrators tried to kill pregnant women and cut babies out of wombs, according to the National Center for Missing and Exploited Children.

In 2009, a Maryland woman attempted to cut a fetus out of a pregnant woman using a box cutter. In 2005, a Pennsylvania woman beat her pregnant neighbor with a baseball bat and tried to cut her stomach to steal the baby.

"This is not psychiatric issue. They're sane; they decide to commit a criminal act." Rabun said.

The fact that many women carefully prepare, watch for babies that have similar physical traits means "they know what they're doing," he said.

"I would say none of these abductors have psychotic breaks," she said. "It's too planned."

They frequently visit the nursery and maternity units, asking the staff detailed questions about procedures and the maternity floor layout. They become familiar with the staff, their work routines and the victims' parents.

Look for the Empowered Patient on hospital safety this week.

"My perspective is that infant abductors are the best con artists out there," Nahirny said.

They deceive their boyfriends or husbands about their pregnancies and manipulate themselves into position to abduct children, she said.

In jail interviews, the women expressed disappointment that they were caught.

"They focus on how awful this is and 'Can you believe it's happening to me?'" Rabun said, calling the inmates narcissistic. "These women's needs are above the community's needs, above the natural parents.' It's one thing to steal a wallet -- but a newborn -- wow!"