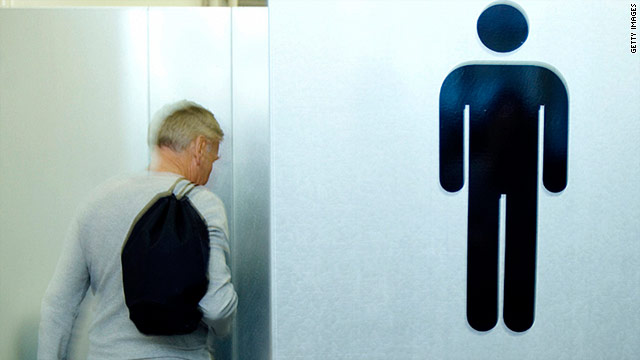 (Health.com) -- Prostate-removal surgery can provide peace of mind to men who hav prostate cancer, but the procedure often carries an unwelcome and hard-to-treat side effect: leaky plumbing.

Up to 65% of men who have had their prostates removed -- a procedure known as radical prostatectomy -- experience some form of urinary incontinence for years afterward, whether it's stress incontinence (leakage when they sneeze, lift something heavy, or otherwise stress their pelvic muscles), urge incontinence (a sudden and uncontrollable need to urinate), or some combination of the two.

A new study in the Journal of the American Medical Association suggests that special training in bladder-control strategies, such as learning to contract and relax the muscles that control urine flow, can help reduce incontinence -- even in men who are a decade or more removed from surgery.

In the study, men who had been having an average of four incontinence episodes per day experienced fewer than two episodes per day after completing eight weeks of the training, known as behavioral therapy.

And the effects of the therapy seemed to be lasting; after one year, the incontinence among the men had not measurably worsened.

"They were very grateful for the treatment," says the lead researcher, Patricia Goode, M.D., medical director of the continence clinic at the University of Alabama at Birmingham Center for Aging. "It was sort of empowering for them. ... They were very glad to find a therapy that they could do themselves."

The treatment was far from a cure, however. Only about 1 in 6 men who received behavioral therapy saw their bladder problems disappear altogether, although this was a much better rate than in the control group, in which just 1 in 16 men stopped being incontinent.

The persistent incontinence among the men who completed therapy suggests that the treatment may not justify the cost and time investment, says David F. Penson, M.D., a professor of urologic surgery at Vanderbilt University, in Nashville.

"The question you have to ask yourself right off the bat is, is the bang worth the buck?" says Penson, who wrote an editorial accompanying the study.

Even if it's covered by insurance, behavioral therapy requires a considerable time commitment, and may require patients to take time away from work, Penson notes.

Goode acknowledges that most of the men in the study continued to experience "a significant amount of leakage" post-therapy, but she stresses that the participants reported that the therapy still made a difference in their quality of life.

Health.com: How to treat incontinence at home

Men are typically (though not always) offered behavioral training soon after they undergo prostate removal, Goode says, but this is the first study to show it can help men many years after surgery.

The study included more than 200 men between the ages of 51 and 84 who had their prostates removed and had experienced incontinence for at least one year, and as many as 17 years. The participants received behavioral therapy alone, or behavioral therapy in addition to biofeedback training and electrical stimulation of the pelvic floor muscles.

Men in the control group received neither treatment, but could take their pick once the study was over. The average number of incontinence episodes per week fell by more than 50% in the men who received behavioral therapy. (Biofeedback and electrical stimulation did not appear to make any difference.)

By contrast, the average number of episodes in the control group fell by just 24%. Although it's not perfect, behavioral therapy may be the best option available for incontinence besides surgical treatment, says Penson.

Surgery to correct incontinence is fairly straightforward and effective, but it isn't always appealing to men who have had their prostates removed, he points out.

"Who wants to have a second surgery?" Medications can be helpful for urge incontinence, but they have side effects Goode says.

The challenge of treating incontinence suggests that prostate removal may be a premature treatment for cancer in many cases, Goode adds.

"I do think we probably underuse watchful waiting, active surveillance," she says. "Particularly in the oldest age group, I think we overtreat men."

Patients can find local health professionals trained in behavioral therapy for incontinence by going to the National Association for Continence and the Wound, Ostomy and Continence Nurses Society.