Accident or murder? Florida millionaire on trial for wife's death 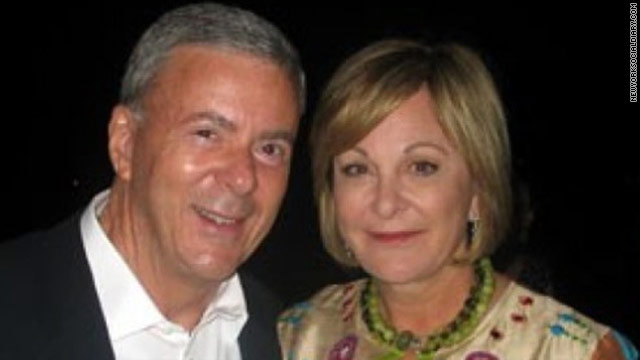 (CNN) -- Jurors heard differing stories Thursday about the final moments of a 55-year-old Florida woman, with prosecutors claiming her millionaire husband callously shot her while his lawyers characterized her death as a "tragic" accident.

After three days of jury selection, James "Bob" Ward's trial kicked off in Orlando with opening statements and testimony. Ward, 63, is charged with second-degree murder over the September 21, 2009, death of his wife inside their upscale Windermere home.

"Diane Ward was killed by a single gunshot wound as she struggled with her husband over a loaded a gun," the defendant's attorney Kirk Kirkconnell said. "This entire incident happened in a blink of an eye. Her death was an unexpected and tragic accident."

But prosecutors painted a very different picture, casting doubt on Ward's unruffled demeanor and what they characterized as his ever-changing story of what happened.

"This case is about the fact that it was Bob Ward that shot her almost dead between the eyes," said Assistant State Attorney Robin Wilkinson in her opening statement.

Millionaire's ex to testify at trial

Millionaire: 'I just shot my wife'

Millionaire's ex claims he abused her

She brought up the 911 call, placed at 7:50 p.m. that night, in which Ward called and flatly said, "I just shot my wife." But later in the call, according to Wilkinson, he started to change his story: "It becomes an accident and he doesn't know what happened ... Diane just ended up on the floor."

According to the arrest affidavit from Orange County Sheriff's Office, the victim was found in the master bedroom -- "a large pool of blood at the top of her head (and) a .357 Magnum hand gun (in) the top drawer of a nightstand next to the bed." Ward told police that the couple were the only ones in the house at the time, besides their four dogs.

Wilkinson also brought up how Ward acted upon arriving at the police station, during which investigators described him as "calm, polite and not really in distress."

In several videos from an interrogation room -- which the prosecutor promised would be played in court -- Ward offered an array of stories in phone conversations with family and friends, from "It was a tragic accident" to "Diane killed herself."

The next day, medical examiner Joshua Stephany determined preliminarily that the mother of two college-age children had been killed in a homicide.

Prosecutors, in opening statements, highlighted the financial troubles facing Ward -- who, along with his wife, had been set to testify in bankruptcy proceedings related to one of his companies a few days before the shooting.

Kirkconnell, though, insisted that in no way did his client benefit from his wife's death: "From a financial standpoint, the death of Diane Ward ruined Bob Ward financially," he said.