Father charged after throwing crying off boat says he was joking 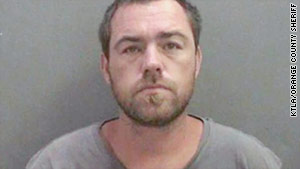 (CNN) -- A father, who is accused of smacking his crying seven-year-old and throwing him off a moving boat, said he did nothing wrong.

Sloane Briles, 35, of Irvine, California, has been charged with felony child endangerment and resisting arrest, the Orange County Sheriff's Office said. He was released Monday in lieu of a $100,000 bond.

Though he was arrested and witnesses were alarmed, Briles told CNN affiliate KTLA "we were having fun, it was a harbor cruise!"

He said he did not hit his son and he "did nothing except jump in the water with my kid."

"We jumped in together," Briles told the affiliate. " We thought it would be funny. We were just screwing aroung."