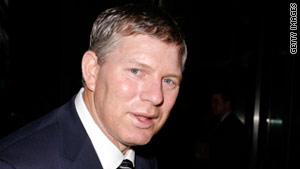 Lenny Dykstra is scheduled to be arraigned on the charges on September 7 in Los Angeles.
STORY HIGHLIGHTS

The charges accuse Dykstra of "placing ads on Craigslist requesting a personal assistant or housekeeping services. The victims allege when they arrive, they were informed that the job also requires massage service and then he (Dykstra) would disrobe and he would expose himself," said Los Angeles City Attorney spokesman Frank Mateljan.

Dykstra, a three-time major league All-Star outfielder who played for the New York Mets and the Philadelphia Phillies, is scheduled to be arraigned on September 7 in Los Angeles.