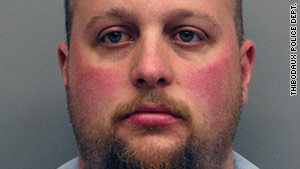 (CNN) -- A 7-year-old boy with cerebral palsy and other disabilities including not being able to speak was decapitated, and his biological father has confessed to the killing, police in Thibodaux, Louisiana, said Monday.

The child's head was found Sunday by the side of a city street, detective Ricky Ross said.

"We received the call about 12:14 p.m. on Sunday from a volunteer firefighter who was driving by and found a head by itself on the side of the city street," Ross said. When officers arrived, they were not sure whether the head was real, Ross said.

"When police arrived, 30-year-old Jeremiah Lee Wright was standing on the porch and told police it was a CPR dummy and it was just a joke."

"After additional officers arrived, Wright was taken into custody for questioning and during the questioning he confessed to the crime," Ross said.

He added that investigators found a white garbage bag nearby with the child's body inside. While police were on the scene, the child's mother, who said she had been running errands, arrived to find her house surrounded by yellow crime-scene tape. The mother identified the child from pictures as her son, 7-year-old Jori Liritte, Thibodaux Police Chief Scott Silverii said.

"The child had cerebral palsy and was bound to a wheelchair (and also had) additional disabilities," Silverii said. "He also required a feeding tube and he wasn't able to speak verbally."

The chief said Wright confessed to decapitating the child and was charged with first-degree murder, and investigators recovered a hacksaw that they believe was the murder weapon.

"During the interview Wright said he was taking care of (the child) for so many years and he just started to look at him as no longer his son, just an inanimate object," Silverii said. "He and the child's mother had some issues. And he purposely put the child's head in a position for her to see it."

Silverii said police had responded to at least one other recent call at the house.

"Last month, our officers were dispatched for a verbal confrontation over money," he said. There were no other domestic calls the chief could recall.

The gruesome nature of the crime horrified the small community about 65 miles southwest of New Orleans, the chief said.

"It's really a somber mood around town especially around the school system where the child has been known for years," Silverii said.

Jori's mother, Jesslyn Lirette, spoke to reporters Monday at a news conference where she appeared with the police chief.

Choking back tears, she said, "He was a very important person in my life. Maybe the best thing that ever happened to me."

Jesslyn Lirette asked for "the respect of privacy" in the aftermath of her son's death.

"He has touched so many people in this community -- in school, my friends and my family ... we all love Jori very, very much," she said. "He was a very friendly child, not shy of strangers, he was happy in life. He will be missed sadly and deeply by all his friends and all my friends."