Police: Student followed through on plan, killed principal in Memphis 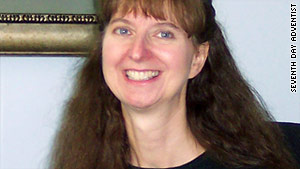 Suzette York, the principal of a private school in Memphis, Tennessee, was found dead in a pool of blood.
STORY HIGHLIGHTS
RELATED TOPICS

(CNN) -- A teenage student is facing a first-degree murder charge, with police saying he followed through on a plan to kill the principal of his small private school in Memphis, Tennessee.

Eduardo Marmolejo was charged in the death Wednesday of 49-year-old Suzette York, the Memphis police department said in a statement Thursday.

A detention hearing was held on Thursday, during which magistrate judge Sheldon McCall ordered the suspect held without bail and also ordered a mental evaluation, said Chief Probation Officer Barry Mitchell of the Memphis and Shelby County Juvenile Court.

"It's just a very serious allegation," Chastain said. "We need to know everything that's going on in the case."

Police said the suspect is 17-years-old, while Mitchell said he is 16.

York was found Wednesday lying in a pool of blood at Memphis Junior Academy, according to the city fire department. Police, who responded to a call at 11:15 a.m., added that she was pronounced dead at the scene, after succumbing to "multiple stab wounds."

According to Memphis police, homicide investigators determined that Marmolejo "planned to kill York." He told authorities "that he did not like her and that she had made him angry."

"Marmolejo (added) that he knew that he was going to be alone with York, which would give him the opportunity to kill her," police said in their news release.

York, who had been the principal of the school since 2008, has a family in Memphis, said Marvin Lowman, communications director for the Seventh-day Adventist Conference in Goodlettsville, Tennessee. The school is affiliated with that church, said officials.

"It's tragic all the way around," Memphis Mayor A.C. Wharton Jr. said outside the school.

"Past the teaching, she loved God," Bridges told CNN affiliate WREG. "And she showed that in everything she did."

Marmolejo's next hearing, also in juvenile court, is scheduled for August 24, according to Mitchell.