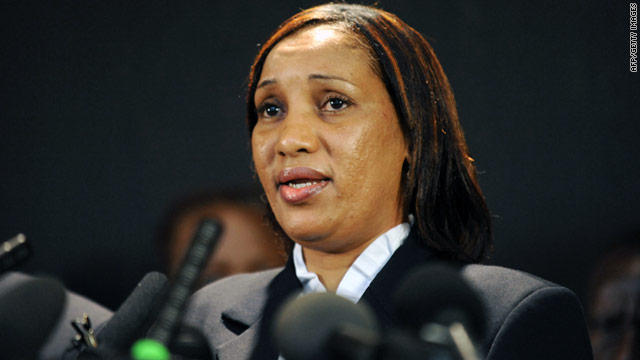 The former head of the International Monetary Fund stands indicted on charges that he sexually assaulted Diallo in his luxury New York City hotel suite in May.

The lawsuit asks for a jury trial to determine unspecified monetary damages for inflicting physical, emotional and psychological harm, as well as damage to her personal and professional reputation.

"Ms. Diallo now brings this lawsuit to vindicate her rights, to assert her dignity as a woman, to hold Dominique Strauss-Kahn accountable for the violent and deplorable acts he committed ... to teach her young daughter that no man -- regardless of how much money, power and influence he may have -- should ever be allowed to violate her body, and to stand up for all women who have been raped ... but are too afraid to speak out," according to the complaint filed in the Bronx, New York.

Strauss-Kahn has pleaded not guilty to the charges.

"I want justice. I want him to go to jail," she told ABC News.

At the time, Strauss-Kahn's attorneys fired back in a statement.

"Ms. Diallo is the first accuser in history to conduct a media campaign to persuade a prosecutor to pursue charges ... against a person from who she wants money," wrote co-counsels William Taylor and Benjamin Brafman. "Its only purpose is to inflame the public," the statement added.

They repeated those arguments Monday, soon after the civil lawsuit was filed.

"We have maintained from the beginning that the motivation of Mr. Thompson and his client was to make money. The filing of this lawsuit ends any doubt on that question. The civil suit has no merit and Mr. Strauss-Kahn will defend it vigorously," they said in a statement.

Diallo's lawyer Thompson, in turn, accused Strauss-Kahn's attorneys of mounting a smear campaign against his client, blaming them for leaks including a published report in the New York Post calling Diallo a prostitute -- something she adamantly denies. Diallo is suing the newspaper for libel.

In Monday's 17-page lawsuit, the alleged sexual assault is laid out in detail. The accusations match much of what already has been disclosed in court, by investigators and other sources and by Diallo in interviews. Strauss-Kahn allegedly forced Diallo to perform oral sex on him and then checked out of the hotel to have lunch with his daughter and then headed to New York's John F. Kennedy International Airport.

After New York police learned of the alleged assault, they rushed to the airport and escorted Strauss-Kahn off an Air France flight. He was questioned and arrested.

Before he arrived at JFK, Strauss-Kahn thought he left behind an IMF cell phone in his hotel suite and called the hotel to retrieve it, police have said.

In her lawsuit, Diallo claims that Strauss-Kahn called his wife Anne Sinclair in France before arriving at the airport "and said, in substance, 'I have a serious problem in New York.' "

The complaint calls the alleged statement "an acknowledgement of the consciousness of his guilt."

The timing of Diallo's civil lawsuit is unusual, coming as it has before the completion of the criminal case.

The Manhattan District Attorney's office is still investigating the criminal case and charges already returned by a grand jury against Strauss-Kahn. Prosecutors have said there is forensic evidence of a sexual encounter in the hotel room; however, they have also disclosed credibility issues with Diallo, mostly about her background.

Diallo's lawyer Thompson has repeatedly called on Manhattan District Attorney Cyrus Vance to give his client her day in court.

Eric Duggan, spokeswoman for the district attorney's office, declined to comment on the case Monday.

CNN senior legal analyst Jeffrey Toobin said the lawsuit "may be a smart financial move by Diallo, but it will certainly expose her to the charge, during cross-examination, that she is making her accusations as a way to make money."

Strauss-Kahn remains free on his own recognizance. His next expected court appearance is scheduled for August 23.