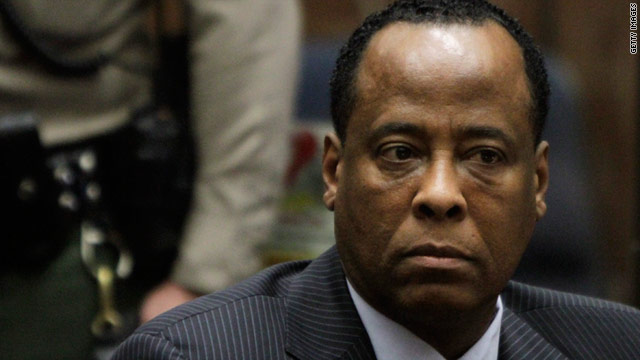 Los Angeles (CNN) -- Lawyers defending Michael Jackson's last doctor in his involuntary manslaughter trial have one day left to satisfy a judge's order that they hand over to prosecutors all of the statements and reports gathered from potential defense witnesses.

California court rules require both sides to meet certain discovery requirements 30 days before a trial starts, which is Tuesday in the case of Dr. Conrad Murray, who is charged in the Jackson's 2009 death.

"We've been down this road before and I hope we don't have to go down it again," Los Angeles County Superior Court Judge Michael Pastor said during a hearing Monday after prosecutors complained that the defense was holding back.

Prosecutors have not seen statements from 76 of the 103 people on the defense witness list, documents which would let them know what they might testify about, Deputy District Attorney David Walgren said.

"We can resolve this," lead defense lawyer Ed Chernoff told the judge. The defense has insisted it has handed over everything its collected, but that many of the potential witnesses have not cooperated.

Pastor ordered lawyers back to court Wednesday morning, 29 days before jury selection is set to begin, so he can "get a handle" on the discovery issues.

The judge moved talks about jury selection from open court into his chambers Monday morning. The lawyers are drafting the questions they'll ask potential jurors next month.

"It never stops," Pastor said, referring to his concern that parts of the jury questionnaire might be leaked to the media.

The 129 questions asked nearly 500 potential jurors in March and April were made public after the jury pool was whittled down to 171 people. But the process has to be repeated since the trial was postponed for several months to allow lawyers more time to prepare.

Defense lawyers have said they are worried that jurors may be tainted by what they hear about the case on television, singling out HLN's Nancy Grace for delivering what they said amounted to nightly prosecution arguments during the Casey Anthony trial.

The prosecution told Pastor Monday that they want him to review medical records for Murray's patients to decide if they could use them in the trial to demonstrate the doctor's prescription practices. None of the patients are related to the Jackson case, Walgren said.

Pastor questioned the legality of prosecutors having private medical records protected by federal law without the patients' permission.

"I don't like going through people's personal medical records unless there's a specific reason," Pastor said.

Jackson's death on June 25, 2009, was from an overdose of the surgical anesthetic propofol, combined with other drugs, the Los Angeles coroner ruled.

Murray, whom Jackson hired to care for him as he prepared for his comeback concerts in London, allegedly administered the fatal dose.