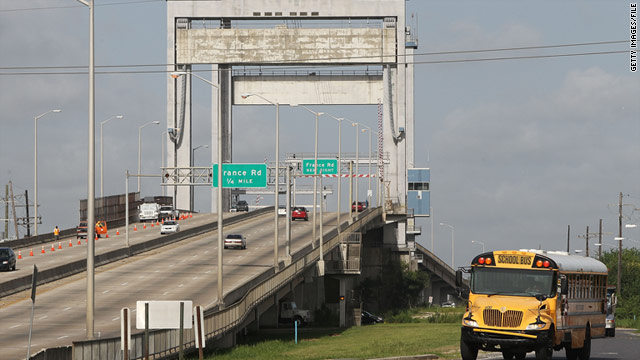 (CNN) -- Jurors began deliberations Wednesday in the trial of five current or former police officers in connection with shootings on a New Orleans bridge in the chaotic aftermath of Hurricane Katrina.

Kenneth Bowen, Robert Gisevius, Robert Faulcon and Anthony Villavasoare are charged in the shooting. They are also accused of covering up the incident, with the help of the fifth defendant -- former detective Arthur Kaufman.

During closing arguments Tuesday, the defense asked the jury to consider the stressful circumstances the officers were operating under following Katrina.

Similar charges had been filed after local prosecutors first investigated the shootings, but no one was convicted. Federal prosecutors then moved in and launched an investigation.

At the time, New Orleans police said they got into a running gunbattle with several people.

Lance Madison told CNN he and his brother Ronald left their flooded home and were crossing the bridge to find shelter. They were unwittingly headed to an area where armed looters were marauding, he said.

Lance Madison said police officers were the only ones shooting as he and his brother ran for safety from the area. A witness told CNN in 2006 that police shot Ronald Madison in the back as he ran toward a motel at the bottom of the bridge.