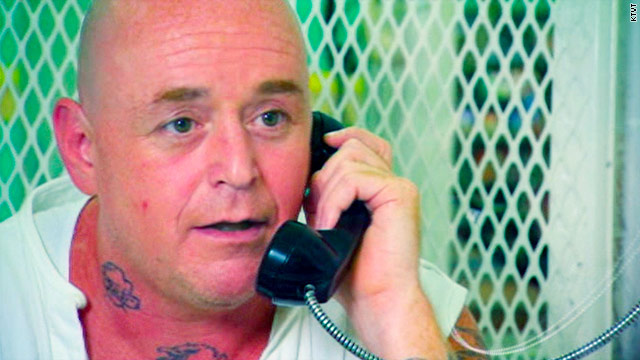 "I cannot tell you that I am an innocent man. I am not asking you to feel sorry for me," said Mark Anthony Stroman.
STORY HIGHLIGHTS
RELATED TOPICS

(CNN) -- Texas inmate Mark Anthony Stroman was executed Wednesday night for killing a man from India during series of revenge shootings after the terror attacks of September 11, 2001.

Stroman was put to death at 9:53 p.m. ET, a spokesman for the Texas Department of Criminal Justice said.

The U.S. Supreme Court denied a stay of execution for Stroman last month, and his supporters -- including a survivor of one of the shootings attributed to him -- urged Gov. Rick Perry and the state Board of Pardons and Parole to grant clemency. The state Criminal Appeals Court denied his last appeal on Wednesday.

Stroman, 41, made national headlines after he fatally shot Vasudev Patel during a shooting rampage after the 9/11 attacks. An admitted white supremacist, Stroman targeted those he believed were Middle Eastern, in revenge for the attacks.

"I cannot tell you that I am an innocent man. I am not asking you to feel sorry for me, and I won't hide the truth," Stroman told CNN in a recent interview.

"I am a human being and made a terrible mistake out of love, grief and anger, and believe me, I am paying for it every single minute of the day."

Prosecutors say that just days after the attacks on New York, Washington and Pennsylvania a decade ago, Stroman began carefully plotting revenge. At the time, he was free on bail for previous crimes.

On September 15, 2001, Stroman shot Hasan in the head while the man was grilling hamburgers in his convenience store. The 46-year-old Pakistani native had moved to the Dallas area that year to start a new life with his family.

Six days later, Stroman shot Bhuiyan in the face while he manned the counter at a gas station. Bhuiyan survived, but was left blind in one eye.

Then, on October 4, Stroman attempted to rob the Mesquite, Texas, gas station operated by Patel. Surveillance tapes showed the suspect waving a .44-caliber chrome-plated pistol at the clerk and demanding, "Open the register or I'll kill you." The 49-year-old Patel, a Hindu, tried to reach for his gun hidden under the counter, but Stroman shot the man in the chest. He left without taking any cash and was arrested the next day.

It was for that crime that Stroman was prosecuted, convicted and sentenced to death. During the sentencing phase, he made an obscene hand gesture to Hasan's relatives.

Stroman claimed his sister was on a top floor of the World Trade Center's North Tower when it and the adjacent South Tower collapsed after airliners were deliberately crashed into the buildings. But that claim was never substantiated during his murder trial and was not raised by his appellate attorney.

In a recent posting on his prison blog, Stroman says the 9/11 attacks sparked something inside him.

"Let's just say that I could not think clearly anymore and I am sorry to say I made innocent people pay for my rage, anger, grief and loss," he wrote.

Citing his own statements to fellow inmates, a federal appeals court, in denying his claims, concluded that Stroman believed that the U.S. government "hadn't done their job, so he was going to do it for them" by retaliating.

The man told his lawyers he once belonged to the Aryan Brotherhood, a white supremacist prison gang, and has a long criminal history of burglary, armed robbery and theft.

Of the 19 9/11 hijackers, 15 were from Saudi Arabia, two were from the United Arab Emirates, one was Lebanese and one was Egyptian, according to federal authorities.

Although he testified against his attacker, Bhuiyan has campaigned against Stroman's execution. A devout Muslim who came to the United States to pursue his education, Bhuiyan was working an extra job a decade ago and was about to be married.

He said a large "angry" man wearing a bandanna, sunglasses and a baseball cap approached him in the store and asked, "Where are you from?" Confused, Bhuiyan asked, "Excuse me?" Immediately afterward, he remembered being shot, "the sensation of a million bees stinging my face, and then heard an explosion."

But Bhuiyan has created a website, worldwithouthate.org, to urge Texas to spare Stroman's life. He also filed a "friend of the court" brief last week in the 5th Circuit U.S. Court of Appeals, supporting Stroman's requested stay of execution.

"I -- and here I act as a spokesperson for the other victims' families as well -- have been denied our proper voice in the proceedings," Bhuiyan said in the court documents. "We do not wish to see Mark Stroman executed for his crimes. For myself, it is clear that nothing would cause more devastation and pain to the life I struggled to rebuild after the attack than for Mark Stroman to be killed."