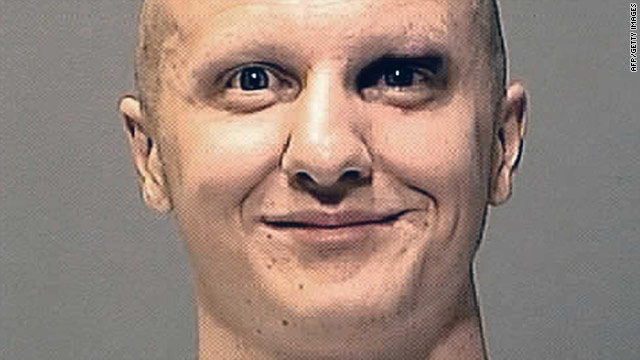 Lawyers representing Jared Loughner contend that forcing him to take drugs against his will violates his rights.
STORY HIGHLIGHTS

Tuesday's ruling comes days after the court said it would review an appeal by attorneys for the government who argued the alleged gunman should be forced to take anti-psychotic drugs for his behavior.

"Since Loughner has not been convicted of a crime, he is presumptively innocent and is therefore entitled to greater constitutional protections than a convicted inmate," court documents said.

"While both interests are significant, we conclude that preserving the dignity and bodily integrity of an individual who has not been convicted of a crime is the stronger interest, especially when the government has demonstrated that it is able to prevent that individual from harming himself or others."

Loughner is being held in a federal mental hospital after an earlier court ruling found him incompetent to stand trial. The hospital's medical staff began forcing him to take psychotropic medication after it deemed him to be a danger to himself and others.

He is charged with killing six people -- including the chief federal judge of Arizona, John Roll -- in a supermarket parking lot in Tucson, Arizona, on January 8. Among the 13 people wounded was U.S. Rep. Gabrielle Giffords, D-Arizona, who was shot in the head.

On May 25, a judge found Loughner incompetent to stand trial and committed him to federal custody for hospitalization at the U.S. Medical Center for Federal Prisoners in Springfield, Missouri, where the staff will determine whether Loughner will become competent in the foreseeable future and, if so, oversee his mental restoration.