Official: Somali terrorist suspect was in contact with Anwar al-Awlaki 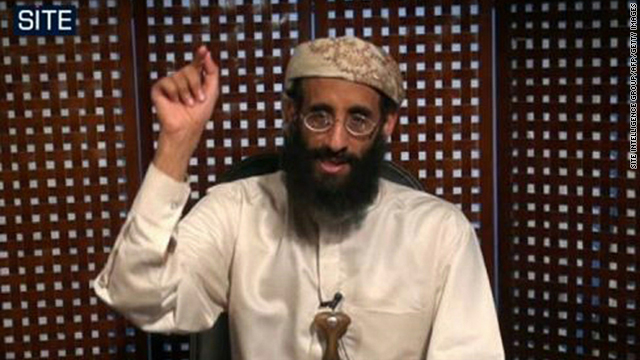 Washington (CNN) -- Accused Somali terrorist suspect Ahmed Abdulkadir Warsame had been in direct contact with the radical American-born cleric Anwar al-Awlaki, and they may have been in the same place for a period of time, a U.S. official said Thursday.

That information came two days after an indictment unsealed in New York provided further evidence of links between al Qaeda affiliates in Somalia and Yemen, a growing concern to counter-terrorism officials.

The indictment charged Warsame, who was captured by U.S. forces in April, with providing material support to the extremist group Al-Shabaab in Somalia and to al Qaeda in the Arabian Peninsula (AQAP) in Yemen. He is also charged with conspiring to teach and demonstrate the making of explosives.

If convicted, he faces a mandatory life sentence.

Warsame, a Somali national, was captured by U.S. forces on April 19 in what the U.S. Attorney's Office in New York describes only as "the Gulf region." He was interrogated overseas for "intelligence purposes" for two months before being transferred to FBI custody and taken to the United States on Tuesday when he made an appearance in federal court.

During that appearance, he pleaded not guilty, according to Ellen Davis, spokeswoman for the U.S. Attorney's Office. Warsame was held on a U.S. Navy ship in the Gulf region after his capture until being brought to New York for Tuesday's court appearance, according to the attorney's office.

Neither the indictment nor the accompanying news release disclosed where the interrogation took place, but there is a substantial U.S. naval presence in the Arabian Sea.

According to the indictment, Warsame, said to be in his mid-20s, provided material support for Al-Shabaab, which controls large areas of central and southern Somalia. He also provided the group with explosives, weapons and communications equipment.

He also spent time in Yemen in 2010 and this year, allegedly receiving explosives and other training from AQAP, which has emerged during the past two years as one of the most active parts of the organization.

Unconfirmed local reports in Somalia have spoken of Al-Shabaab boats leaving Kismayo for southern Yemen as Islamist groups there -- including al Qaeda -- have taken advantage of a growing political vacuum.

Warsame is also alleged to have tried to broker a weapons deal with AQAP on behalf of al Shabaab. Both groups are designated as terrorist organizations by the United States.

U.S. officials have recently spoken of growing links between Al-Shabaab and AQAP, and their reported ambitions to hit targets overseas. A joint Pentagon-CIA task force has recently stepped up pressure on Al-Shabaab, visiting Somalia to gather intelligence on the group.