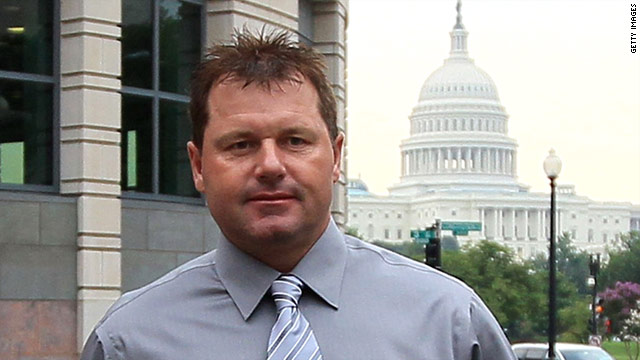 Washington (CNN) -- Jury selection in the perjury trial of former Major League Baseball player Roger Clemens is underway in Washington, and it started with the judge scolding the defense team.

U.S. District Judge Reggie Walton held a brief hearing before the start of juror screening Wednesday to address the issue of the audio transcription of Clemens' deposition. Clemens' lawyers contend they asked prosecutors and Congress for an audio copy of the deposition, but they said they never received it and are unable to effectively mount a defense without it.

William Pittard of the House General Counsel's office appeared before the judge on Wednesday to testify that no such request was ever made. Judge Walton's voice rose when he stated that the defense had ample time to request an audio copy of the deposition, and he added he intends to move ahead with the trial.

Rusty Hardin, lead counsel for Clemens, then attempted to hand Pittard a subpoena only to have the judge tell him a courtroom setting was not appropriate for it.

Clemens is facing charges of perjury, making false statements and obstruction of Congress about his alleged use of steroids and human growth hormone. The former all-star pitcher testified under oath in 2008 that he never used illegal performance-enhancing substances during his 23-year career.

If convicted, Clemens could face a maximum sentence of 30 years in prison and a $1.5 million fine.

Clemens has never tested positive for drug use, but his name was among the 86 that appeared in a report by former Sen. George Mitchell. The 400-page report listed players who were said to have used drugs to improve their performance on the field.

Before the drug allegations against Clemens arose, he was seen as a first-ballot Hall of Famer. Now, as one of several players of the "steroid era," his status for induction is seen as being in doubt.