Prosecutors want another delay in trial of Michael Jackson's doctor 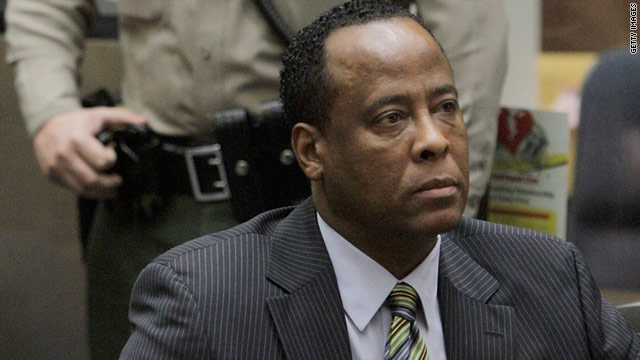 Los Angeles (CNN) -- Prosecutors want another delay in the start of the involuntary manslaughter trial of Michael Jackson's doctor, but the judge will wait until next month to decide the request.

"I'm not surprised by all of this," Los Angeles County Superior Court Judge Michael Pastor said during a hearing Friday.

The trial has already been delayed twice since Dr. Conrad Murray invoked his right to a speedy trial after his arraignment in January.

"When I got myself involved in it, I said 'It ain't gonna happen,' " Pastor said, referring to the original starting date of late March. The case has been "creepy crawly," he said.

Jury selection was under way in May when the defense requested a delay so its expert witnesses could have more time to prepare for new experts hired by the prosecution. Pastor then dismissed hundreds of prospective jurors and rescheduled the trial to start on September 8.

Deputy District Attorney David Walgren said Friday morning that the prosecution needed another three weeks to prepare because of "scheduling issues." Defense lawyers did not object to moving jury selection to the end of September.

Pastor, who said he "rearranged all sort of cases, including capital cases" to start the trial in September, said he would wait until a July 12 hearing to decide.

Also on Friday, the judge approved a plan to allow defense lawyers and prosecutors to view dozens of hours of raw video shot of Michael Jackson's last rehearsals. The video was bought by Sony Pictures for its film "This Is It."

Pastor hasn't ruled on what clips, if any, defense lawyers might be able to show at the trial. He has previously limited the prosecution to just raw video of Jackson's last two days alive.

Saturday is the second anniversary of Jackson's death, which the Los Angeles coroner ruled was from an overdose of the surgical anesthetic propofol, combined with other drugs.

Murray, who was hired as Jackson's personal physician as he prepared for his comeback concerts in London, is charged in the singer's death.