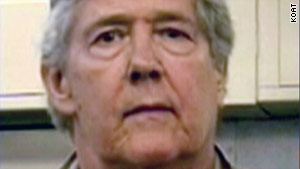 (CNN) -- A New Jersey professor has been arrested in New Mexico for allegedly operating a prostitution website, police said.

David Flory, 68, who teaches physics at Fairleigh Dickinson University, was arrested on 40 counts of promoting prostitution, according to Albuquerque Police spokesman William Roseman.

Flory had been operating the site, called Southwest Companions, for three years and told police he did it as a hobby and did not make any money off it, Roseman added.

Neither Flory nor his attorney were immediately available for comment.

The site, which Flory ran as "a safe place for prostitution Johns to get together without fearing prosecution," was designed to give users more privileges and access to more women once they gained his trust, Roseman said.

The site had approximately 200 prostitutes and 1,200 clients, he added.

Flory is a New York City resident, but has owned a vacation home in Santa Fe, New Mexico, for some time.

Fairleigh Dickinson released a statement saying it is saddened by Flory's arrest, but did not indicate if he remains employed at the school.

According to the professor's website, he has been teaching at Fairleigh Dickinson since 1969.