FBI hunts for girlfriend of Top Ten Most Wanted fugitive 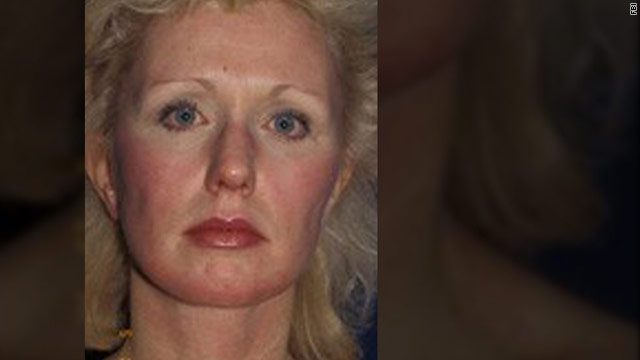 Washington (CNN) -- Alleged mobster James "Whitey" Bulger has been on the run since 1995. The FBI is trying a new strategy to catch him: Concentrate on finding his longtime girlfriend and with luck they will find Bulger, too.

The FBI will begin airing a 30-second public service announcement Tuesday centered on Catherine Elizabeth Greig, who allegedly fled with Bulger and is wanted for harboring a fugitive. The FBI has bought approximately 350 spots in 14 U.S. cities such as Boston, Chicago, Miami and New Orleans where Bulger or Greig have ties. According to an FBI spokesman, the cost for the campaign is almost $50,000.

Greig is 60, and the FBI says it will run the public service announcement during shows that appeal to female viewers in that age group. "The FBI is targeting that audience with the belief that a friend, co-worker, neighbor, hairstylist, manicurist, doctor or dentist might recognize Greig," according to an FBI press release.

The public service announcement lists some of Greig's distinguishing characteristics: She loves dogs and other animals, she goes to beauty salons, she worked as a dental hygienist and likes to maintain her teeth, and she has had multiple plastic surgeries. There is a $100,000 reward for information that leads the authorities to Greig.

Bulger, 81, allegedly ran the Winter Hill Gang in Boston and was indicted in connection with 19 slayings. The FBI put Bulger on its most wanted list in 1999 and has a special task force devoted to locating him. There have been appeals for help to the public before and there is a $2 million reward being offered, which is the largest sum offered for someone on the FBI's Top Ten domestic fugitive list.

But so far Bulger has eluded the authorities, who say the last confirmed sighting of Bulgar and his girlfriend was in London in 2002. Bulger has traveled internationally quite a bit and the FBI already has wanted posters in various languages, including Spanish, French and German.

"In terms of publicity, for 100 years the FBI has known that combining the reach and power of the media with alert citizens is a successful formula for catching fugitives," said Supervisory Special Agent Richard Teahan, who heads the FBI's Bulger task force.

As part of the media campaign, the FBI says it will place images of Greig and Bulger on digital billboards in Times Square in New York and in other cities. The couple also will be the topic of the FBI's syndicated radio show, which airs on ABC stations and is available on iTunes and on the FBI's website.