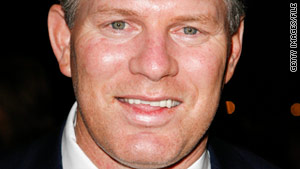 At a court hearing Monday, Dykstra was taken into custody and jailed, with bail set at $500,000.

According to the complaint, Dykstra, 48, and two co-defendants -- Robert Hymers, 27, his accountant and friend; and Christopher Gavanis, 30, a friend -- are accused of trying to lease various luxury vehicles from several dealerships by providing fraudulent information and claiming credit through a phony business called Home Free Systems.

At two dealerships, Dykstra and Hymers allegedly provided information from a man they claimed was a co-signer but who had not authorized his name to be used, the complaint alleges. Leases were not approved at two dealerships and all three men allegedly drove off with three cars at one company without lease approval, said Deputy District Attorney Alex Karkanen, with the office's Auto Insurance Fraud Division.

When Dykstra was first arrested in April, Los Angeles police detectives investigating the case executed a search warrant at his Encino home and allegedly found cocaine and Ecstasy along with Somatropin, a synthetic human growth hormone.

If convicted, Dykstra could face up to 12 years in state prison.

In a separate case, Dykstra was indicted in May on federal bankruptcy fraud charges including obstruction of justice, for allegedly taking more than $400,000 in property that should have gone to his creditors, then lying about it under oath, prosecutors claim.

In the federal indictment, Dykstra is accused of stealing, hiding and destroying items such as chandeliers, artwork, and sports memorabilia from his repossessed $18 million Ventura County mansion. His attorney, Mark Worksman has characterized the federal case as "a scorched-earth bankruptcy proceeding" and blamed the auto-related accusations as a "vendetta" by former caretakers.