Source: Jail time at heart of collapse of plea talks in Edwards case 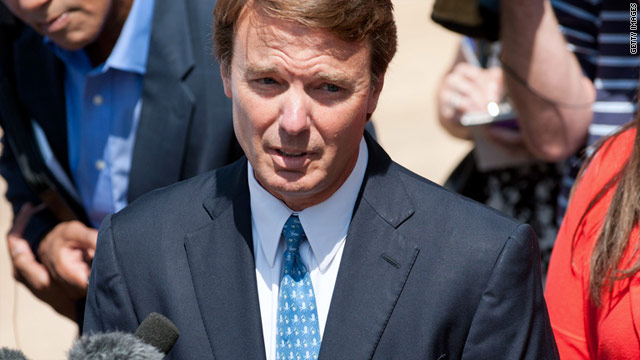 "I did not break the law. And I never, ever thought I was breaking the law," former Sen. John Edwards told reporters Friday.
STORY HIGHLIGHTS

Washington (CNN) -- The insistence that former Sen. John Edwards serve some jail time over allegations he broke campaign finance laws caused a collapse in plea negotiations between lawyers for the former presidential candidate and the Justice Department last week.

Edwards wanted to have as "minimal" impact on his two younger kids as possible, a source with knowledge of the talks confirmed to CNN Sunday. Edwards has a 10-year-old son and a 12-year-old daughter.

The Raleigh News and Observer, which first reported the story, said the Justice Department was insisting that Edwards serve six months in jail if he pleaded guilty.

But the jail time was the breaking point.

"He did not want to have an extended period of time away from his kids," said the source, who would not speak on the record because the details of the plea discussions have not been made public.

After the breakdown in negotiations, a grand jury indicted Edwards, a former Democratic vice presidential nominee, on six felony counts.

In court on Friday, Edwards pleaded not guilty.

"I will regret for the rest of my life the pain and the harm that I've caused to others. But I did not break the law. And I never, ever thought I was breaking the law," he told reporters outside the federal courthouse in Winston-Salem, North Carolina.

The News and Observer also reported that Edwards' lawyers were not confident they would be allowed to urge a judge to consider alternatives for incarceration such as a halfway house, weekend passes or home arrest in order to give him more time with his children. After the death of his wife, Elizabeth, Edwards is the primary caregiver for the two younger children.