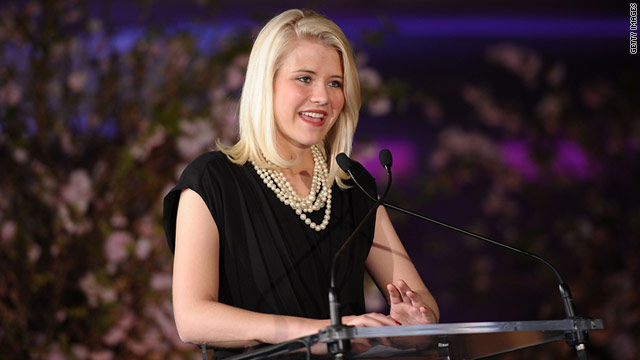 Read more about this story from CNN affiliate KSL.

"We believe it is an appropriate, just and long overdue result for our community, for the Smart family and of course, most importantly, Elizabeth," said Carlie Christensen, U.S. Attorney for Utah.

"Mitchell's heinous conduct, the evidence of his propensity to reoffend mandated such a sentence," Christensen said.

Elizabeth Smart: 'I have forgiven him'
RELATED TOPICS

Beaming before a group of reporters gathered outside the federal courthouse, Smart, now 23, said she was "thrilled" with the sentence -- the maximum allowable under the law.

"As I said during court, and I'll say it again now, I absolutely 100% believe that Brian David Mitchell knew exactly what he was doing when he kidnapped me, and all the events that followed. ... Today is the ending of a very long chapter, and the beginning of a very beautiful chapter for me," she said.

"This case demonstrates that the road to justice can be painstakingly long and emotional," James McTighe, the FBI special agent in charge of the case, said after the sentencing. "However, this case also demonstrates that justice will be served no matter how many days, months or years it may take."

"I felt that because of what he had done to me, I was marked," she said during her testimony. "I wasn't the same. My personal value had dropped. I was nothing. Another person could never love me."

She testified that she awoke to find a man holding a cold steel blade to her neck on June 5, 2002. She was taken from her bed and marched up a rugged mountain path in her red silk pajamas.

When they reached Mitchell's remote camp, Smart testified she was "sealed" to her captor in a marriage ceremony, raped and shackled between two trees with a metal cable. She said she was degraded and treated "like an animal."

Smart said she was raped nearly every day during nine months in captivity and forced to drink alcohol, smoke cigarettes and watch Mitchell have sex with his legal wife, Wanda Barzee.

She was forced to wear robes and a veil in public and was not permitted to speak to other people. She said she feared Mitchell would act on his threats to kill her and her family if she did.

Smart told reporters Wednesday that she was determined to dedicate her life to child advocacy, "to help stop and prevent future kidnapping crimes, sexual crimes against children, against anyone."

She noted that the sentencing also occurred on National Missing Children's Day. Her father, standing beside her, held up posters depicting several children who were recently abducted.