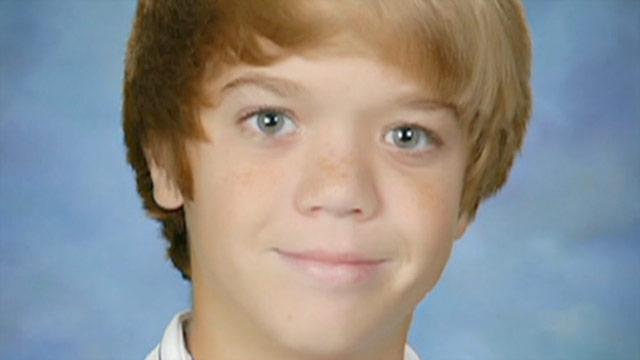 (CNN) -- It was a year ago that 13-year-old Jon Carmichael committed suicide, hanging himself in a barn near his home in Cleburne, Texas.

Monday, on the anniversary of his death, his parents, Jon Timothy and Tami Carmichael, filed a $20 million federal lawsuit against several officials at the school Jon attended, alleging they deliberately turned a blind eye to the bullying of their son, prompting his death.

In the lawsuit, documents state that staff and students at The Joshua Independent School District observed several explicit acts of bullying, including Jon being thrown into a trash can "easily a few times a week," but did nothing to stop it.

"He was placed upside down in a toilet bowl, and had his head flushed several times, at each occasion. These acts were observed by other students who failed to report the incident," the documents said. "Just prior to his death he was stripped nude, tied up and again placed into a trashcan."

The lawsuit states that event was taped and put on YouTube, but was taken down "at the direction of an unknown staff member, who also failed to report the incident."

Carmichael family attorney Martin J. Cirkiel said the family's goal in issuing the lawsuit is to educate. "On the human level, the family wants what every family wants when they come to me in these kind of cases. They want to make sure it doesn't happen to someone else."

Cirkiel said the family would like to see a program developed in their son's name and to be able to open a trust fund for kids who need it who are being bullied.

"They want to increase planning and education," he said.

Joshua Independent School District Superintendent Ray Dane said he hadn't seen the lawsuit and could not comment, but that the school has had teaching mechanisms on bullying in place for at least the duration of his 12-year tenure there.

"We do what we can to train and remind students and staff that bullying is something we always have to be aware of," he said. "We've even got a student-led program where students lead other students about bullying and teaching them about our differences."

Additionally, the district has implemented a new anonymous reporting system called "Talk About It" -- a way for secondary students to report bullying without feeling pressure to attach their names. The program began last year at the middle school and expanded to the high school this year, Dane said.

The lawsuit acknowledges the school's rules of conduct but says it failed. "Even though the district ostensibly had a policy in place to deal with known incidents of bullying and harassment, school district personnel clearly had an actual practice and custom of looking the other way," it states.

Dane said the climate in the Joshua school halls is overall very positive and sensitive to bullying issues.

"I would say that we've never had many reports of bullying in the school system. Are people more aware? Yes, because we're trying to make people more aware about the issue and being sensitive. Being kind to each other and doing things that one would expect them to."

Cirkiel said the Carmichaels had a memorial ceremony Monday for their son. "They want their son's life and death to have meaning," Cirkiel said.