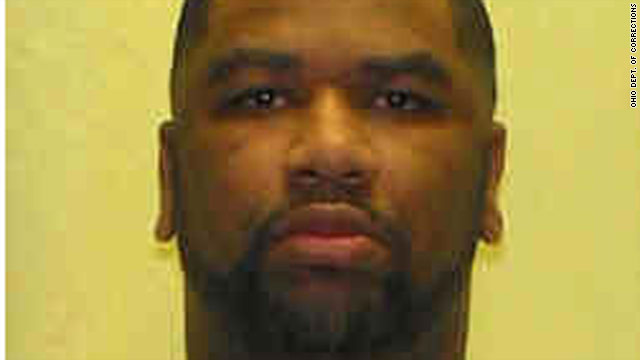 Johnnie Baston was executed via injection with pentobarbital.
STORY HIGHLIGHTS

(CNN) -- An Ohio death row inmate was executed Thursday with a new single-drug method, using a chemical commonly employed to euthanize animals but never tested on humans for such a purpose.

Johnnie Baston was pronounced dead at 10:30 a.m. at the Southern Ohio Correctional Facility in Lucasville, the state Department of Corrections said. It reported no complications from the new procedure.

Baston had been convicted of the 1994 murder of Toledo store owner Chong Mah, a South Korean immigrant who was shot in the head at close range. Baston had denied responsibility for the killing. Gov. John Kasich had earlier denied clemency and Baston's court appeals were exhausted.

The new drug administered by corrections officials was pentobarbital, a barbiturate that is used by veterinarians to put down pets. It also has limited Food and Drug Administration approval in smaller doses for humans as a mild anesthetic, and to treat some seizures. Many physicians say they no longer administer it to people for medical purposes.

Pentobarbital was used in a U.S. execution for the first time in December, when it was administered as the first ingredient in a three-drug cocktail used in a lethal injection given to an Oklahoma inmate.

Sodium thiopental has been the normal drug used in such three-drug lethal injections, but a nationwide shortage of the chemical has forced some states to scramble for possible substitutes. Ohio's first-ever use of pentobarbital as a single lethal drug could encourage other states to follow suit, barring any future constitutional challenges to this drug's safety and application.

In 2009, Ohio became the first state to perform an execution with a single drug, using a higher concentration of sodium thiopental. Washington is the only other state to use a single drug.

In a final statement just before the deadly chemical was injected, Baston told witnesses, "For a long time I didn't see a lot of value in myself,'' the Toledo Blade newspaper reported. "It wasn't until this moment, till I had to go through this ordeal, that I have seen so much love from so many people, letters from people all over the world, and even Ohio.''

Many capital punishment opponents claim sodium thiopental, which renders the prisoner unconscious, can wear off too quickly, and that some prisoners would actually be awake and able to feel pain as the procedure continued.

Some physicians warned against using pentobarbital, which is not commonly used on humans as either an anesthetic or lethal injection. Dr. David Varlotta, a board member of the American Society of Anesthesiologists, said he has not used the drug in 25 years.

"If departments of corrections are moving toward pentobarbital, they're moving away from the expertise of anesthesiologists," he said.

The European manufacturers of both pentobarbital and sodium thiopental have opposed using their products for executions in the United States.

Pentobarbital is widely available and has been used for physician-assisted suicide, including in Oregon, where the practice is legal in limited circumstances.

Ohio has put 43 people to death in the past decade, after executions resumed in the state.