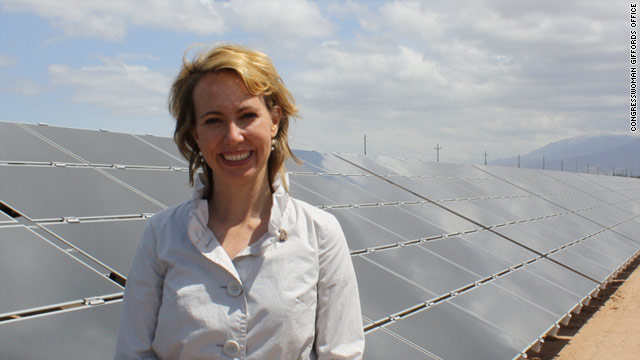 Doctors say Rep. Gabrielle Giffords, who was shot in the head in January, is continuing to make progress.
STORY HIGHLIGHTS

Giffords, who was shot in the head in an attack outside a Tucson, Arizona, supermarket on January 8, has been recuperating at TIRR Memorial Hermann rehabilitation hospital in Houston. She was moved to the facility in late January from the University Medical Center in Tucson, Arizona.

"Two months after her injury, the congresswoman continues to improve," the Houston hospital said in a statement sent late Wednesday night.

Six people were killed in the incident; Giffords was among 13 injured. Authorities have said they believe Giffords was targeted.

On Wednesday, a federal judge in Arizona entered "not guilty" pleas on behalf of Jared Lee Loughner, the 22-year-old Arizona man facing 49 counts -- including murder and attempted murder -- related to the shooting.

Judge Larry Burns also scheduled a May 25 competency hearing for Loughner, and attorneys on both sides will be allowed to hire their own experts to evaluate Loughner's competency to stand trial.