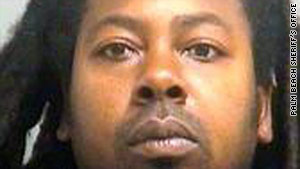 Clem Beauchamp, the mother's ex-boyfriend, has been arrested but has not been charged in the children's deaths.
STORY HIGHLIGHTS
RELATED TOPICS

(CNN) -- Child protective investigators in Florida had "prior involvement" with the family of the two children found dead in a canal this month, an official said Tuesday.

But the department had not had an open investigation involving the children since 2005, said Elisa Cramer, director of communications for the Florida Department of Children and Families.

The bodies of two children -- a brother and sister, ages 10 and 6 -- were found in a south Florida canal last week. They had been stuffed in luggage.

The girl's body was found first, after a passer-by alerted police to a duffel bag floating about midway across the canal; the boy's body turned up in a suitcase closer in as investigators combed the banks for evidence, according to police.

Police have said that their only suspect in the children's deaths has been taken into custody by federal law enforcement officers on unrelated charges.

Clem Beauchamp, the ex-boyfriend of the children's mother, was arrested on a federal firearms charge dating to 2009, according to CNN affiliate WPBF. He has not been charged in connection with the deaths of the children, identified as Jermaine McNeil and Ju'Tyra Allen.

The body of a woman who officials believe was the children's mother, Felicia Brown, was found in a landfill in August, police said Friday. She was never reported missing, and the body had not been identified, but authorities made the connection after they began looking for the mother in the wake of the children's bodies being found.

Three children who lived with Beauchamp have been placed in licensed care, Cramer said. Citing confidentiality rules, she declined to provide further information on them.

The actions of the Florida Department of Children and Families also are being looked at in a separate case, in which 10-year-old twins were found last month in a pest control truck on the side of Interstate 95 in West Palm Beach, Florida. One of the twins, a girl, was dead; her brother was badly injured.

The twins' adoptive parents -- Carmen Barahona, 60, and Jorge Barahona, 43 -- have been charged with first-degree murder in the girl's death. The boy was taken to a hospital and treated for severe burns.

Days before the twins were found, the Department of Children and Families received tips alleging poor treatment of children at the Barahona household in Miami-Dade County.