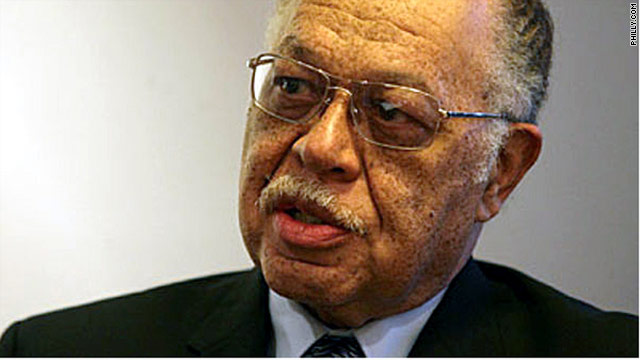 Philadelphia (CNN) -- Philadelphia prosecutors say they may seek the death penalty against abortion doctor Kermit Gosnell, who is charged with murder after allegedly performing illegal late-term abortions at a dirty facility.

Authorities allege that some of the infants were born viable and alive during the sixth, seventh and eighth months of pregnancy and then were killed with scissors, which were used to cut their spinal cords.

Prosecutors "did preserve the right to seek the death penalty at a later date by giving a notice of aggravating circumstances in court today," said Tasha Jamerson, spokeswoman for the district attorney's office, in a statement released Wednesday. The circumstances in this case are the deaths of people under age 12 and multiple murder charges

Gosnell, 70, faces eight counts of murder in the deaths of seven babies and a 41-year-old woman.

Karnamaya Mongar died November 19, 2009, after overdosing on anesthetics prescribed by the doctor, according to Philadelphia District Attorney Seth Williams.

Gosnell's defense attorney, Jack McMahon, appeared in court Wednesday for the formal arraignments. Gosnell's presence was not required, and he was not in court. McMahon promised to "vigorously defend" Gosnell against the charges.

Last month, Pennsylvania Gov. Tom Corbett fired a half-dozen employees and announced changes in two departments, calling state oversight of an abortion clinic where the deaths occurred "despicable." The Department of Health and the Department of State have primary oversight over such clinics.

"This doesn't even rise to the level of government run amok. It was government not running at all. To call this unacceptable doesn't say enough. It's despicable,'' Corbett said.

Seven employees from the Department of Health, as well as the Bureau of Professional and Occupational Affairs, a branch of the Department of State -- are no longer employed by the state, having either resigned or been terminated since the situation came to light, Corbett said in statement.

In addition, four other former employees named in the grand jury investigation had previously resigned.

District Attorney Williams earlier called the facility "a house of horrors" that performed "botched and illegal abortions" and was full of containers of fetuses' body parts.

Six other defendants face charges. All had some role at the Women's Medical Society clinic, which was run by Gosnell and served mostly low-income minority women, Williams said.

A grand jury investigation determined that health and licensing officials had received repeated reports about Gosnell's practices for two decades, but had taken no action, even after learning that women died during routine abortions, Williams has said.