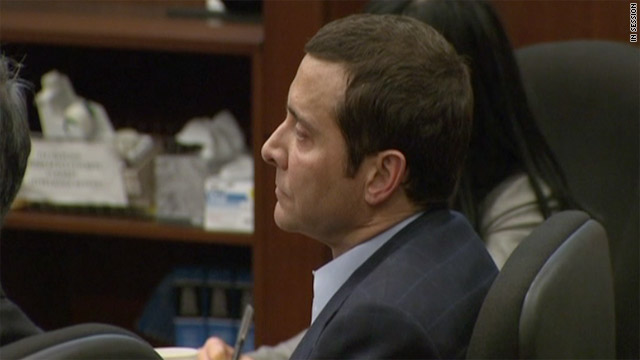 Camp Verde, Arizona (CNN) -- Opening statements began Tuesday in the trial of self-help author and speaker James Arthur Ray, who is charged with three counts of reckless manslaughter in the death of three people at an Arizona sweat lodge.

The trial stems from a well-publicized incident that took place during a ceremony at a five-day retreat in Sedona, Arizona, on October 8, 2009. Two people died during the ceremony at Angel Valley Retreat Center. A third died nine days later, and -- authorities allege -- at least 15 others fell ill.

Ray could face up to 10 years in prison on each count if convicted. His attorney argued the author is not to blame for the deaths.

"I'm here to say that they died as the result of an accident -- a tragic accident -- not a crime," defense attorney Luis Li said during his opening statement.

"We do not seek to minimize the tragedy of the sweat lodge deaths," read a December 2009 letter to prosecutors from Li. "But these deaths were not the result of criminal conduct. Mr. Ray and his team relied on Angel Valley to provide a safe environment, warned people of the risks, did not force people to participate, did not prevent them from leaving, and did everything they could to prepare for any problems and to assist when problems arose."

Prosecutors claim Ray, 53, was reckless and that the lodge -- made of willow trees and branches, and covered with tarpaulins and blankets -- was heated to a perilously high temperature, causing the participants to suffer dehydration and heat stroke.

"Three vibrant, healthy adults ... entered a sweat lodge at a retreat center in Sedona," prosecutor Sheila Polk said during her opening statement. "Each one was eager to gain knowledge and each was looking for wisdom and personal insight. Instead of growth and enlightenment, Kirby, James and Liz found death."

On Tuesday, Ray appeared in court dressed in a dark suit and blue shirt. He sat calmly, appearing engaged, as the judge spoke and stared straight ahead as the lawyers made their statements.

Ray had conducted the Spiritual Warrior Retreat for six years at a cost of about $10,000 to participants. The sweat lodge, 5 feet tall and 23 feet wide, was built to accommodate up to 75 people. There was a pit in the center where heated rocks were placed. Ray poured water over them to create steam.

Li wrote in the 2009 letter that Ray "did not lead or pressure participants into making a choice they otherwise would not have made. This was a five-day retreat, not a cult. The JRI (James Ray International, Ray's company) philosophy is a practical approach to creating a successful life, not a religious practice."

The trial is expected to last some four months.

Beth Karas is a correspondent for "In Session," which airs weekdays 9 a.m. to 3 p.m. ET on CNN's sister network, truTV.