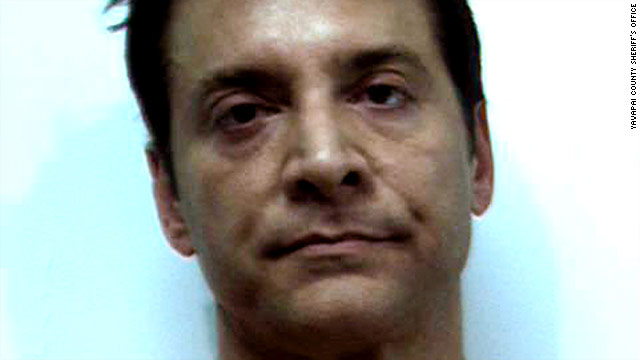 (CNN) -- He told them it was a good day to die so they could be born again.

The sweat lodge ceremony, the culmination of a five-day retreat in Sedona, Arizona, was meant to be a "rebirthing." But by the end of that day, October 8, 2009, two people had died. A third died nine days later, and -- authorities allege -- at least 15 others fell ill.

Ray, 53, is charged with three counts of reckless manslaughter in the deaths and could face up to 10 years in prison on each if convicted. Opening statements are set to begin in his trial Tuesday.

Prosecutors claim Ray was reckless in the way he conducted the sweat lodge ceremony at the Angel Valley Retreat Center, and heated the lodge -- made of willow trees and branches, and covered with tarpaulins and blankets -- to a perilously high temperature, causing the participants to suffer dehydration and heat stroke.

Ray's defense attorneys maintain the deaths were a tragic accident and said he took precautions to forestall harm to the sweat lodge participants, including positioning a nurse and several employees and volunteers trained in CPR outside the sweat lodge and making water, oranges, watermelon and fluids available to participants.

"We do not seek to minimize the tragedy of the sweat lodge deaths," said a December 2009 letter to prosecutors from defense attorney Luis Li. "But these deaths were not the result of criminal conduct. Mr. Ray and his team relied on Angel Valley to provide a safe environment, warned people of the risks, did not force people to participate, did not prevent them from leaving, and did everything they could to prepare for any problems and to assist when problems arose." 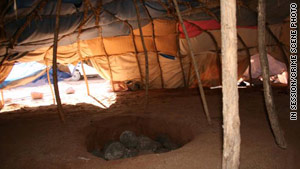 Participants engaged in a rebirthing ritual in a sweat lodge made of branches and tarps.

In addition, Ray encouraged participants to hydrate throughout the retreat and warned them the sweat lodge would be very hot, Li wrote. Participants signed a release form saying that the retreat activities could include a sweat lodge with enclosed spaces and high temperatures, according to the letter. At least 16 people came out of the sweat lodge at various points before the ceremony's conclusion, Li said, and about five of them went back in.

The scene inside the lodge became chaotic and nightmarish, participants recounted. Those who had lost consciousness were dragged out between rounds, participants said. One man stumbled into the middle of the lodge and into the hot rocks, burning his hand. 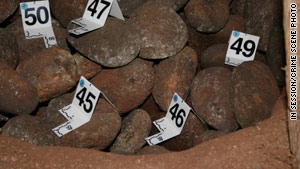 Water was poured over hot rocks to create steam during the sweat lodge rituals.

Brown reportedly was one of those who encouraged others to stick it out in the sweat lodge. Shore helped a woman out of the sweat lodge between the sixth and seventh rounds before returning to complete the ceremony, witnesses said. Neuman apparently was asked by those around her if she wanted to leave the ceremony, but said no. She never regained consciousness after its conclusion.

Neuman died from "multisystem organ failure due to hyperthermia due to prolonged sweat lodge exposure," her autopsy report said. Brown and Shore both died from heat stroke, a medical examiner concluded. All three deaths were ruled accidental. However, a Yapavai County grand jury indicted Ray one day after the medical examiners issued their reports.

Participant Sandy Andretti said she had to be carried out. "She said she was dizzy and couldn't function after they hosed her down, and then she went into shock and started shaking," said a police incident report. "... Sandy told me when she came out, she didn't care about herself because she was seeing other people in distress and throwing up, and she felt she needed to help them."

Ray had conducted the Spiritual Warrior Retreat for six years at a cost of about $10,000 to participants. The sweat lodge, 5 feet tall and 23 feet wide, was built to accommodate up to about 75 people. There was a pit in the center where heated rocks were placed. Ray poured water over them to create steam.

Defense attorneys dispute that. Liu wrote in the 2009 letter that Ray "did not lead or pressure participants into making a choice they otherwise would not have made. This was a five-day retreat, not a cult. The JRI (James Ray International, Ray's company) philosophy is a practical approach to creating a successful life, not a religious practice."

Beth Karas of "In Session" contributed to this report