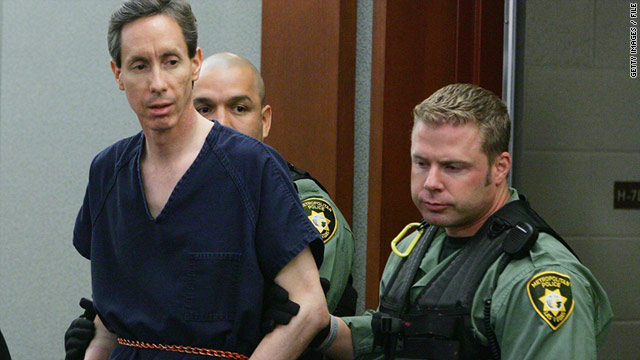 (CNN) -- Polygamist leader Warren Jeffs is not only running the Fundamentalist Church of Jesus Christ of Latter Day Saints, but he has also ousted at least 45 high-ranking members he considered a threat to his leadership, two well-placed sources tell CNN.

Those who have been kicked out of the church -- all men -- are not allowed to return to their wives or children, the sources said.

Jeffs, scheduled to go to trial this year on sexual assault and bigamy charges, is running the affairs of the church from his jail cell in Texas, the sources said.

Jeffs gave up control of the splinter sect that advocates plural marriages, including marriages that involve girls younger than 18, after he was convicted in 2007 of rape as accomplice. That conviction was overturned last year.

Sources within the church tell CNN that the man who replaced Jeffs as business head of the church, Wendell Nielsen, has been removed and that Jeffs has signed documents retaking control of FLDS.

Also removed are Willie Jessup, Jeffs' one-time bodyguard who served as the spokesman for the church after a raid on its Texas compound; and David Zitting, the mayor of Hildale, Utah, a town in which the population consists almost entirely of members of the church.

The FLDS splintered from the Mormon Church more than a century ago when Mormons renounced the practice of polygamy. Jeffs' church is believed to have about 10,000 followers.

Texas prosecutors filed charges against Jeffs in 2008 after authorites raided the sect's Yearning for Zion Ranch in El Dorado, Texas. They removed 400 children. Authorities feared they had been sexually abused. While some of the men at the ranch were charged with sexual abuse, most of the children were later returned to their families.

Jeffs was eventually extradited from Utah to Texas. He was arraigned on the Texas charges in December in Tom Green County.