More than $9 million in opium seized at JFK airport 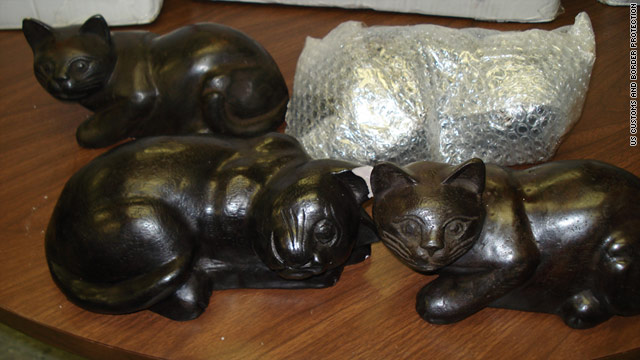 The seizure happened on January 21, the agency said in a press release.

More than 30 porcelain cats were discovered in a shipment from Thailand, labeled "plastic samples" and despite an X-ray scan that yielded nothing suspicious, authorities chose to open the cargo and crack one of the figurines open, according to John Saleh, spokesman for U.S. Customs and Border Protection.

During the inspection, authorities discovered a total of 205 pounds of a brown, tar-like substance that turned out to be raw opium, mostly used to make heroin, Saleh said. The agency estimated the value of the opium at more than $9 million.

Saleh couldn't comment on the exact source of the package but did say it was intended for an address in the greater New York area.

"Most times we find cocaine and heroin," Saleh said. "Opium was kind of unusual to find, especially in that quantity."

Federal authorities said there have been no arrests, and the investigation is continuing.