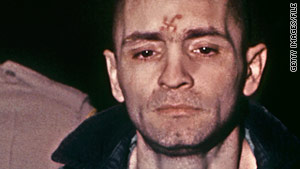 Charles Manson wants a new trial, and he's got a former lawyer for Saddam Hussein to represent him.
STORY HIGHLIGHTS

Di Stefano has filed an application with the Inter-American Commission on Human Rights on behalf of Manson, he said. The petition says Manson didn't receive a fair trial when he was convicted 40 years ago because, among other things, he was not allowed to represent himself, Di Stefano said.

The prosecutor in the Manson case, however, said Di Stefano's claim has no merit.

Manson was assigned a public defender after the judge in his case became frustrated with Manson's behavior while he was acting as his own attorney.

Di Stefano said that was a violation of Manson's Sixth Amendment rights and is grounds for a new trial.

Di Stefano said he wants Manson's case to be reviewed in the federal courts in the United States. Because of the notorious clients he has represented, he has been dubbed "the devil's advocate." He lives in Italy.

In a telephone interview with CNN, Di Stefano said he is working on the case because he believes in justice, even though the murders Manson is accused of orchestrating were "horrendous."

"This is a question of law," Di Stefano told CNN. "I have no interest in the facts of this case. The law is the law."

Vincent Bugliosi, who prosecuted Manson, said he thinks Di Stefano is "wasting his time," adding that "he may be a fine lawyer and very sincere, but he's coming up against a brick wall here because there is no merit."

Bugliosi said the issue of Manson representing himself has already been ruled on by an appellate court. According to the law, it is up to the trial judge to determine whether someone should represent himself, Bugliosi said.

In this case, Bugliosi said he actually went along with Manson's request. "I felt that he might even do a better job at cross examining the witnesses than real lawyers," Bugliosi said.

However Bugliosi said he believes there is no way Manson could have done everything himself. "He needed counsel to help him," Bugliosi said.

Di Stefano said he believes there were other flaws with Manson's trial, including what he claims was a lack of any proof that Manson told his followers to commit murder.

Manson was convicted of ordering the 1969 "Helter Skelter" murders of actress Sharon Tate and six others.

Manson is a prisoner at Corcoran State Prison in California, where he's housed in a protective unit.