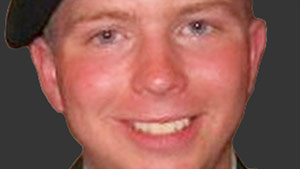 Washington (CNN) -- The prime suspect in the WikiLeaks case, Army Pfc. Bradley Manning, is being mistreated in detention, his lawyer asserts.

Manning has been behind bars since July at Marine Corps Base Quantico in Virginia, charged with leaking classified government documents, including a classified military video of an attack in Iraq that was posted online by WikiLeaks.

The Army says Manning illegally downloaded secret files from a government computer network while he was serving as a low-level intelligence office at a small base in Iraq between November 2009 and May 2010, when he was arrested.

His lawyer, David Coombs, formally objected to Manning's treatment, filing an Article 138 complaint Wednesday, according to a posting on the lawyer's blog. Manning has been in solitary confinement and for part of this week was again placed on suicide watch by the Quantico brig commander, according to his lawyers.

Manning was taken off suicide watch after 2½ days, after a review of the situation by the Army Staff Judge Advocate's office.

Under a less restrictive condition, called prevention of injury watch, Manning is confined to his cell 23 hours a day with no pillow, sheets or personal items, according to Coombs.

His only exercise, according to his lawyer, is when he is taken to an empty room and allowed to walk. When he sleeps he must strip to his underwear and surrender his clothing to the guards.

Quantico public affairs officer Lt. Brian Villiard said under military rules he could not confirm whether the complaint had been received. He said all the conditions of Manning's confinement are in line with his maximum custody status and to prevent Manning from harming himself.

In December, a Pentagon spokesman said that even under the restrictive conditions, Manning is allowed to converse with other prisoners, receive visitors and exercise for an hour a day. In addition, Manning has pillows and sheets made from a material that cannot be torn into strips, according to Villiard.

The next step in Manning's case will be a "706 board" to determine whether Manning is mentally competent to stand trial.

Lt. Col. Robert Manning of the Military District of Washington said he expects that board to convene "within the near future." Depending on the outcome, that could be followed by an evidentiary hearing and, possibly, a full court-martial.