Investigators search for woman in connection with 1987 abduction 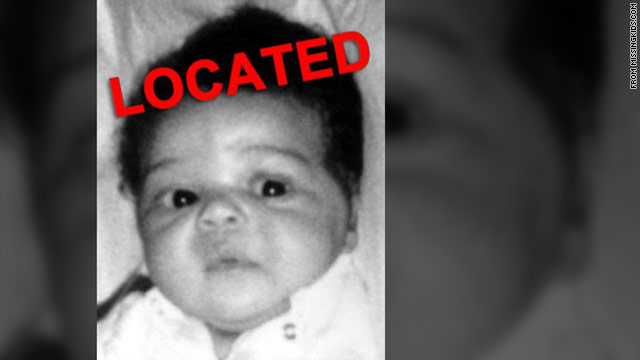 "Nancy Grace: America's Missing": HLN will be airing specials at 9 p.m. to help find 50 people over the next 50 days

New York (CNN) -- Federal investigators have joined local and state law enforcement in an effort to track down and prosecute Ann Pettway, who is suspected in the 1987 abduction of Carlina Renae White, according to a law enforcement source.

A warrant was issued Friday in North Carolina for the arrest of Pettway, for violating her two-year probation sentence on attempted embezzlement charges, according to North Carolina Department of Corrections spokeswoman Pamela Walker.

"As part of her probation she must seek permission to leave the state of North Carolina," Walker said. "At this time no such request has been made."

That said, if she is arrested, Pettway would be prosecuted at the federal level for allegedly kidnapping White, then an infant.

White's mother said she never gave up hope that she would be reunited with her daughter, who had been missing for 23 years.

"I just always believed that she would find me," Joy White told the New York Post this week after seeing her daughter for the first time since she was just 19 days old.

White last saw her daughter on August 4, 1987, when she took her to a Harlem hospital because the baby had an extremely high fever, a New York police official said.

Carlina was admitted to the hospital, and White went home to rest. When the mother returned, Carlina was gone.

"That was a big part of my heart that just was ripped apart," Carlina White's biological father, Carl Tyson, told the Post of his daughter's disappearance.

Carlina White has told the Post that the woman who raised her is Pettway, who she said was pregnant in 1987, but lost her baby.

"Nobody knew because she was pregnant and came back with me," White said. "She had something set up."

But White, who was raised under a different name, had nursed a nagging feeling that she was brought up by a family she did not belong to, said Ernie Allen of the National Center for Missing and Exploited Children.

And her suspicions grew stronger after the woman who raised her could not provide her with a birth certificate.

White said she wondered: "Where did you get me from?"

"I just started typing in Yahoo and Google different articles -- anything that pulled up in 1987 with any child that went missing -- and I came across the article, and the baby picture just struck me because ... it looked like my daughter," White, now the mother of a 5-year-old girl, told the Post.

"I swear I stayed on that article for like a good two hours."

On January 4, Joy White's phone rang. The woman on the other end of the line said she was Carlina, and she sent White a picture taken in 1987.

The face in the photograph bore a striking resemblance to that of the baby in the tattered picture White had held on to. Police also agreed that the photographs looked alike and carried out a DNA test.

On Tuesday, the results came back: They were a match.

Lisa White-Heatley, Joy White's sister, was at the reunion between Carlina and her mother.

"It was a beautiful experience," she said Friday on NBC's "Today" show. "Her face -- she looked just like herself. I just grabbed her. I was so happy to see her. And then my sister started to cry and Carlina said, 'Mommy, don't cry.'"

Regina Tyson, the sister of Carlina White's biological father, described her niece's relationship with her family as "immediate closeness."

"This was always what I wanted ever since I found out that lady wasn't my biological mother," Carlina White told the Post of her newly reunited family.

"I just hope that the officials will be able to get her in their hands so we could just hear her side of the story now."

"I want her to go to jail ... for what she did and what she did to my family," White-Heatley said of whoever abducted her niece. "She destroyed my family."