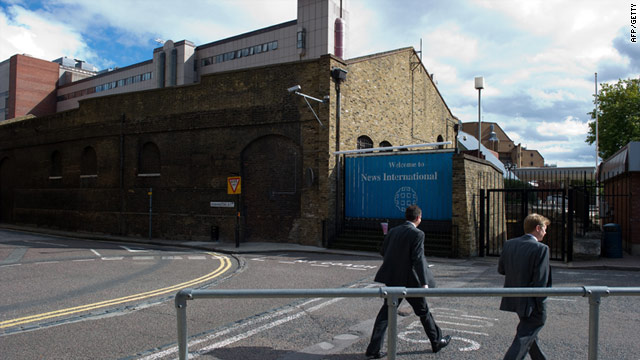 London (CNN) -- Rupert Murdoch's News International, which is embroiled in a scandal over illegal eavesdropping and police bribery, is selling its flagship building in London's Wapping district, the company announced Monday.

The move follows the closure of the best-selling News of the World newspaper, which is at the heart of the scandal.

Staff of its other publications, the Sun, the Times and the Sunday Times, will move to another east London site already owned by the company at Thomas More Square, the company said.

The new site "provides the company with excellent facilities and flexibility. As a result, and in light of current market conditions, News International has decided not to proceed with re-modelling the Wapping site."

Murdoch moved his publications out of London's historic Fleet Street district decades ago, a key step in the exodus of newspaper offices from central London.