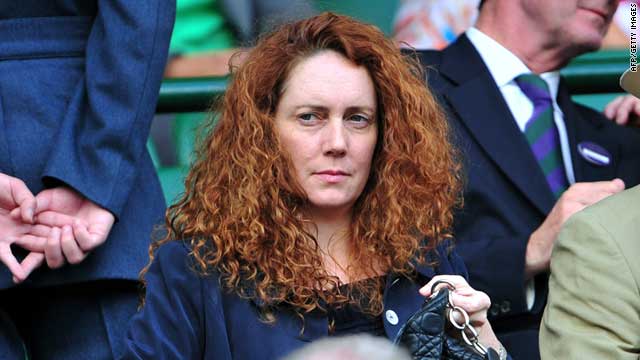 Rebekah Brooks, former chief executive of News International, has resigned in the wake of the phone hacking scandal.
STORY HIGHLIGHTS

At News International we pride ourselves on setting the news agenda for the right reasons. Today we are leading the news for the wrong ones.

The reputation of the company we love so much, as well as the press freedoms we value so highly, are all at risk.

As Chief Executive of the company, I feel a deep sense of responsibility for the people we have hurt and I want to reiterate how sorry I am for what we now know to have taken place.

I have believed that the right and responsible action has been to lead us through the heat of the crisis. However my desire to remain on the bridge has made me a focal point of the debate.

This is now detracting attention from all our honest endeavours to fix the problems of the past.

Rupert's wisdom, kindness and incisive advice has guided me throughout my career and James is an inspirational leader who has shown me great loyalty and friendship.

I would like to thank them both for their support.

I have worked here for 22 years and I know it to be part of the finest media company in the world.

News International is full of talented, professional and honourable people. I am proud to have been part of the team and lucky to know so many brilliant journalists and media executives.

I leave with the happiest of memories and an abundance of friends.

As you can imagine recent times have been tough. I now need to concentrate on correcting the distortions and rebutting the allegations about my record as a journalist, an editor and executive.

My resignation makes it possible for me to have the freedom and the time to give my full cooperation to all the current and future inquiries, the police investigations and the CMS appearance.

I am so grateful for all the messages of support. I have nothing but overwhelming respect for you and our millions of readers.

I wish every one of you all the best.