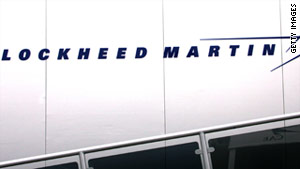 Officials at Lockheed Martin detected and thwarted a cyber attack earlier in May.
STORY HIGHLIGHTS

(CNN) -- Lockheed Martin acknowledged a "tenacious" attack on its information systems network this month but said no customer data was compromised.

The company issued a statement Saturday saying it learned of "a significant and tenacious attack" on May 21. It said the company's information security team quickly detected the attack and that no customer, program or employee personal data has been compromised.

It did not elaborate on the nature of the attack.

"Throughout the ongoing investigation, Lockheed Martin has continued to keep the appropriate U.S. government agencies informed of our actions," the statement said. "The team continues to work around the clock to restore employee access to the network, while maintaining the highest level of security."

Lockheed Martin is one the world's largest aerospace companies. It has about 126,000 employees, according to the statement.