Government shutdown may be averted ... for now 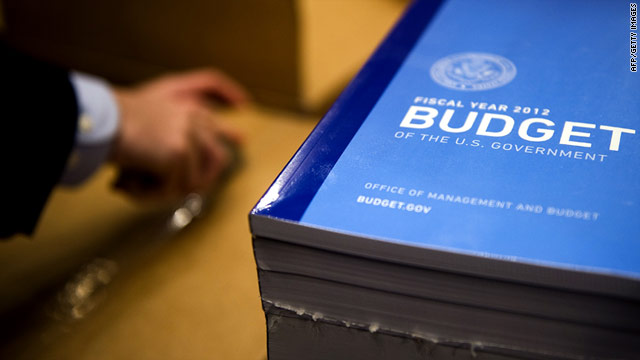 Senate Democrats indicate they may be amenable to the House GOP's two-week continuing resolution that would cut $4 billlion.
STORY HIGHLIGHTS
RELATED TOPICS

The U.S. House of Representatives plans to vote Tuesday on a budget measure aimed at preventing such an outcome.

But like a stay of execution, dodging the bullet this week is no guarantee that a shutdown won't occur.

That's because the deal likely to be cut between Senate Democrats and House Republicans would do nothing to bridge the chasm between them.

They still disagree on how much should be cut for the rest of the year -- and which programs should be targeted.

Leading Senate Democrats have indicated that they may be amenable to a two-week continuing resolution proposed by House Republicans on Friday. That measure would cut $4 billion in earmarks and other programs, many of which President Barack Obama proposed axing in 2012 budget proposal. Those cuts are considered the "easy" ones that can presumably garner bipartisan support.

So that would buy them two weeks. Then what? Déjà vu is what.

The House GOP wants to cut a $61 billion from nonsecurity discretionary spending over the rest of the year -- although its more conservative members would prefer $100 billion. Senate Democrats, meanwhile, have portrayed such cuts as draconian and harmful to the economic recovery. And Obama has threatened to veto them.

And this is just over the budget for the rest of this fiscal year, which ends September 30.

Democrats and Republicans have yet to put out -- and fight over -- their proposed 2012 budgets. Plus, sometime this spring, Congress will have to decide whether to raise the country's legal debt limit and by what amount.

Those debates will further spotlight the divide between and within the parties over how much spending should be cut and how much tax revenue should be increased to help the country curb the growth of its long-term debt.

Some said they believe a government shutdown will be averted altogether.

"People expected a huge knock-down, drag-out fight over the Bush tax cuts in December," said Jim Kessler, vice president for policy and a co-founder of Third Way, a centrist Democratic think tank. They also expected a shutdown this Friday, he noted.

But at the eleventh hour, a fast deal was cut between the White House and Republicans on the tax cuts, and signs so far this week point to the parties reaching a deal on a two-week continuing resolution.

Kessler, who used to be Democratic Sen. Charles Schumer's legislative and policy director, said he expects "there will be a greater level of cooperation than expected and a major deficit-reduction plan involving entitlement spending sometime this year."

By contrast, longtime political observer Norman Ornstein said he thinks there could be one or two short shutdowns this year.

"You get two weeks by going for $4 billion in (easy) cuts. What do you go for now?" said Ornstein, a resident scholar at the conservative American Enterprise Institute.

The way he sees it, it will be hard for Senate Democrats and House Republicans to agree on specific cuts anywhere near the magnitude that the GOP wants.

And even if they do come up with a compromise spending bill that includes, say, $20 billion in cuts, that will be a hard sell to the 87 freshmen conservatives in the House who would see that as a far cry from what they believe they were elected to do.