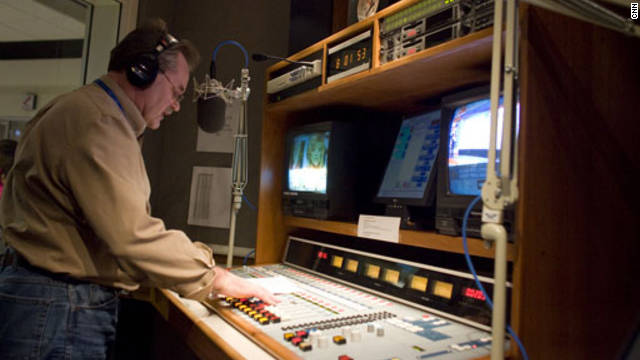 Stan Case had worked at CNN Radio since 1985.
STORY HIGHLIGHTS

(CNN) -- Stan Case, an anchor for CNN Radio, has died in a car crash in Birmingham, Alabama, a police spokesman said Wednesday.

"Stan was a news anchor for CNN Radio and a mainstay of the network since he joined CNN in 1985," said Jim Walton, president of CNN Worldwide. "He was a fine journalist, a leader in our organization and, as anyone who had the privilege of knowing him will tell you, a great guy."

Case is a writer at CNN, where she has worked for more than 20 years.

"Our thoughts now are for his wife Angi's recovery, and his family during this difficult time. For over 26 years, Stan was our friend first and colleague second. He will be missed."

Birmingham police Sgt. Johnny Williams said he did not have details on the crash, which happened Tuesday. An accident reconstruction team planned to investigate further Wednesday, he said.

Stan Case came to CNN in 1985 after working as a correspondent for KEBC-AM in Oklahoma City. He was "in many ways the backbone of this network," said Mike Jones, a CNN Radio news manager.

He also held a law degree.

"Stan was a rock here, and his death creates a tremendous void," Jones said.

Another colleague, Jim Ribble, said Case's training as a lawyer helped provide a "reasoned, logical and levelheaded" take on the news.