Google and Kodak speed past each other 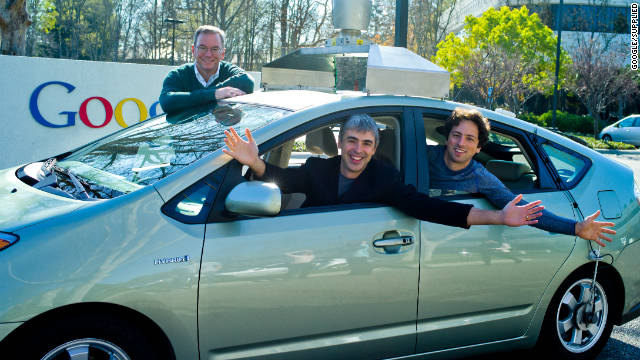 Editor's note: CNN Contributor Bob Greene is a bestselling author whose books include "Late Edition: A Love Story" and "Once Upon a Town: The Miracle of the North Platte Canteen."

(CNN) -- Like two freight trains rumbling in opposite directions on parallel tracks, a pair of internationally famous U.S. companies sped past each other in the news in recent days.

Their stories were consigned to the business sections. But the tales behind them paint a portrait-in-motion of contemporary American life, and of the textures and tenets of the way we choose to live it.

One story concerned Eastman Kodak, as legendary a corporation as this nation has ever spawned. The New York Times reported that "Kodak may not survive unless it is able to cash in on its portfolio of patents or find some other way to raise cash." Citing Kodak's own statements of third-quarter earnings, the Times said that the company -- a giant of the 20th century in the manufacture and sale of photographic film -- was in a race against time to make its digital businesses sufficiently prosperous to offset the plummet in demand for conventional film.

The second news story concerned Google, the astonishingly successful search-engine-based firm that didn't even exist until 1998, and that is now one of the most recognizable and envied brands in the world. Google, the Times reported, was acknowledging that it had to become faster at giving its users up-to-the-second results, because Google "is being increasingly challenged by services like Twitter and Facebook, which have trained people to expect constant updates with seconds-old-news."

The two companies would, on the surface, appear to represent vastly different eras of consumer expectations in this country. 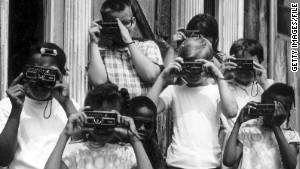 George Eastman allowed his customers to easily do something never before possible: to stop time.

Kodak -- founded by a young inventor and businessman named George Eastman in the late 1800s -- built its vast fortune on the concept that people wanted to conveniently take photographs for their personal use. Before Eastman revolutionized photography, cameras were large, cumbersome affairs that required emulsion to be spread on fragile glass plates. Eastman instinctively knew that if families could carry lightweight cameras around, with rolls of film inside, business would soar.

It did. And as the yellow-and-red boxes of Kodak film became ubiquitous in stores around the U.S., the era of "waiting for the pictures to come back" commenced. That's how it worked: You would finish shooting your roll of Kodak film, you would take it to the drugstore or mail it to the film-processing company, and you would wait -- eagerly, optimistically -- to see what would come back.

It was delayed gratification, defined: You hoped the pictures would turn out well, but for days you had no idea. There was patience, and wishing, inherent in the process. You shot your pictures and you gave up control.

The digital age did away with that. Suddenly (and that word has seldom been more apt), anyone could take a photo and know that moment what it looked like. Click the camera (or the cellphone with a camera built in), glance at the result on the screen, and there it was. In the heyday of Kodak film, if the pictures came back and were unsatisfactory, you could take a deep breath and vow to do better next time. In the digital era, if you dislike what you see., no problem. Just keep shooting. And don't worry about the cost of film. There is no film, and no cost.

So it's no wonder that Kodak is facing challenges as it adapts for the new age not just of photographs, but of the public's suppositions. Which brings us to Google.

Like the hottest young gunslinger who hears that cocky new desperadoes may be heading for town, Google has to maintain its reputation for being quickest on the draw. That, according to the story in the Times, is what the revision to Google's search algorithm is essentially about: the marketplace-driven need to be swifter and more current than anyone else out there. Kodak charged its customers for its film; Google gives away its service to users for free. But the potential fickleness of the consumer is as old as commerce itself, and that doesn't change. If Kodak made its name in a century when people were conditioned to wait for what they wanted, Google was born and has flourished in the era of Right Now. It can't afford to slow down.

Yet, for all the seeming differences between the two companies, certain similarities are striking. George Eastman came up with a name for his company with one desire in mind: that people would never confuse it with any other product. The word "Kodak" had no meaning; Eastman simply liked the sound of the hard "k"s, and thought that if what he manufactured was good enough, the name would adhere. The word "Google" was a misspelling: a play on "googol," which is a mathematical term for the numeral 1 followed by 100 zeroes. Google's founders, Larry Page and Sergey Brin, realized -- like George Eastman -- that the quality of the product would determine the success of the name, not the other way around.

Eastman allowed his customers to easily do something never before possible: to stop time, to capture it and keep it. That's not so far removed from what Page and Brin enabled Google users to do with the world's knowledge: freeze it in place, halt it in its tracks. Even the ways both companies achieved their success have something in common. It can be seen in the marketing phrase that Eastman devised:

"You press the button, we do the rest."

The Kodak button was on portable cameras; Google's is the "Enter" button on hundreds of millions of computers that it does not manufacture, but that are the key to its success.

There's one more thing the two companies share -- maybe the most important thing.

Google's chairman, Eric Schmidt, in a letter this year to a U.S. Senate subcommittee, summed it up in 12 words. Technology expert Dan Kaplan noticed those words, and pointed them out on the TechCrunch website; you can bet that George Eastman, dead since 1932, understood the words, and their significance:

The Kodak and Google trains may be heading in different directions, on different tracks. But there are other whistles sounding off in the distance, unseen for now, urgent, on their way. Always have been. Always will be.