Saudi king has back surgery in New York 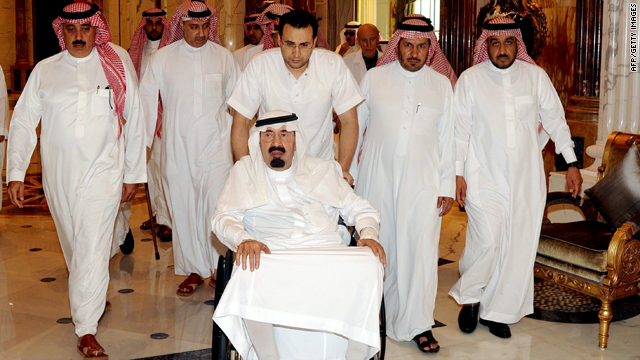 New York (CNN) -- King Abdullah of Saudi Arabia underwent successful back surgery Wednesday, according to a statement from the Saudi Royal Court.

The king traveled to the United States earlier this week for treatment in New York for a herniated spinal disc and a blood clot that was causing him back pain, Saudi state media reported.

The agency's report did not specify which hospital was providing treatment to the ruler.

"The medical team recommended that he leaves for the U.S. to visit a spine-specialized medical center in order to complete medical examinations and for follow-up treatment," Health Minister Abdullah al-Rabeeah said during an interview Sunday with Saudi state television. "But I assure everyone that he is in a stable condition, and that he is enjoying health and well-being and, God willing, he will be back safe and sound to lead this proud nation."

Doctors performed tests on the monarch Friday after he complained of back pain, and he underwent more tests Sunday, the Saudi Press Agency reported.

Crown Prince Sultan was expected to be in Riyadh while the king is overseas, the Saudi Press Agency said. But there are also questions about the crown prince's health: He underwent surgery for an undisclosed ailment in February 2009 and has lived in Morocco for much of the past year and a half.

The top three figures in the kingdom -- Abdullah, Sultan and Prince Nayef, the country's interior minister and second deputy prime minister -- are all sons of King Abdul Aziz Ibn Saud, who founded modern Saudi Arabia in 1932.

Abdullah has ruled the oil-rich kingdom since the August 2005 death of his half-brother, King Fahd. But Abdullah ran most of the kingdom's affairs for a decade before that on behalf of his ailing half-brother.

Since coming to power, he has sought to establish rules and procedures for many Saudi institutions, giving him a reputation as a reformer in the highly conservative nation.