Iraq put on high alert ahead of expected bombing campaign 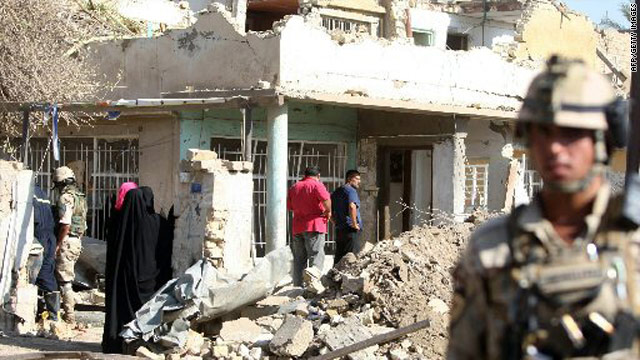 Iraqi soldiers secure the site of a suicide car bomb attack at a police station in the Baghdad suburb of Qahira on Wednesday.
STORY HIGHLIGHTS
RELATED TOPICS

"We call on local governments and the security forces to take the maximum levels of precaution," the statement said.

Wednesday's attacks increased fears among Iraqis about the ability of their security forces to protect them, especially as the United States is withdrawing forces from Iraq.

As of last week, the United States is maintaining a troop level of below 50,000, part of the Obama administration's plans to end its presence in Iraq by December 2011.

The U.S. military is due to officially end its combat mission in Iraq and complete its transition to stability operations by September 1.