NTSB to assist with investigation of Saudi plane crash 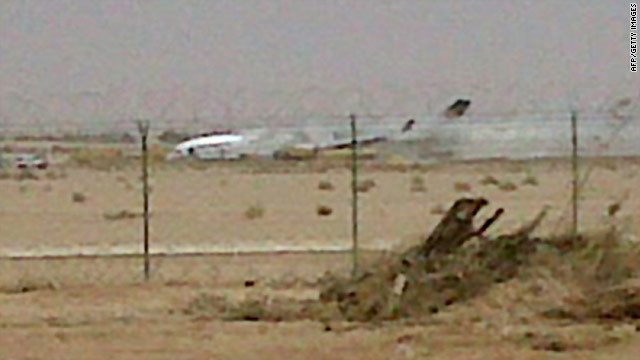 (CNN) -- The United States' National Transportation Safety Board said it is sending a team to help the government of Saudi Arabia investigate the crash of a Lufthansa cargo plane in Riyadh, Saudi Arabia, on Tuesday.

NTSB Chairwoman Deborah Hersman is sending a senior air safety investigator, flight operations specialists, an aircraft systems specialist and technical advisers from the Federal Aviation Administration and Boeing, according to an NTSB statement.

Lufthansa Cargo said the MD-11 plane was traveling from Frankfurt, Germany, when it crashed at 11:38 a.m. (4:38 a.m. ET). Lufthansa said a team of experts from the company was on its way to Riyadh.

A company statement said the plane caught fire and was extensively damaged, but the blaze was extinguished. The craft had been carrying 80 tons of cargo.

Lufthansa said both pilots -- who evacuated the aircraft down the emergency slide -- were injured. They were contacted by phone and were being treated in a hospital.

It was not clear what freight was on the aircraft and whether customers were affected.