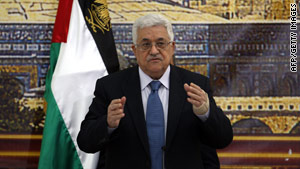 (CNN) -- International leaders expressed shock and dismay Monday over the Israeli Navy's pre-dawn storming of a flotilla of ships carrying humanitarian aid for Gaza that resulted in nine deaths.

"I condemn the violence, and Israel must explain," said United Nations Secretary-General Ban Ki-moon, speaking in Uganda after the official opening of the International Criminal Court Review Conference.

The Israeli Foreign Ministry said the flotilla was trying to circumvent Israel's naval blockade of Gaza and defended its move as justified. "This happened after numerous warnings from Israel and the Israel navy that were issued prior to the action," it said in a posting on its website. "During the interception of the ships, the demonstrators on board attacked the IDF naval personnel with live fire and light weaponry including knives and clubs."

The U.N. urged Israel to take no further steps that could endanger civilian lives. "We wish to make clear that such tragedies are entirely avoidable if Israel heeds the repeated calls of the international community to end its counterproductive and unacceptable blockade of Gaza," said a joint statement from Robert Serry, U.N. special coordinator for the Middle East peace process, and Filippo Grandi, commissioner general of the U.N. Relief and Works Agency.

Indonesia condemned the Israeli raid, saying in a statement that the blockade against Gaza "constitutes a violation of international law."

The government of Indonesia "will work closely with the international community to ensure that Israel is held accountable for its action in accordance with international law," it said.

In Damascus, Syria, a senior adviser to President Bashar al-Assad, Buthaina Shaaban, called the attack "a terrorist crime against innocent civilians and supporters of the Palestinian people who had no weapons, no armaments with them."

After meeting with the Israeli ambassador, the Greek Foreign Ministry said that the visit of the Israeli Joint Chiefs -- scheduled for Tuesday -- was being postponed, and that the Greek-Israeli military exercise that was in progress had been discontinued.

CNN's Jill Dougherty and Cal Perry contributed to this story.