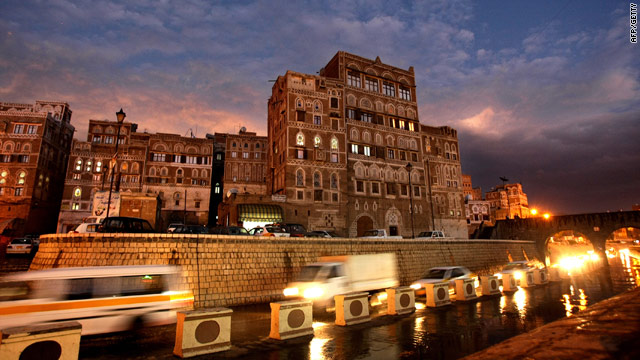 Sanaa, Yemen: Child brides are common in Yemen, where the UN estimates that one in three girls are married before 18.
STORY HIGHLIGHTS

(CNN) -- A 12-year-old Yemeni bride died of internal bleeding following intercourse three days after she was married off to an older man, the United Nations Children's Fund said.

The girl was married to a man at least twice her age, said Sigrid Kaag, UNICEF regional director for the Middle East and North Africa.

Her death is "a painful reminder of the risks girls face when they are married too soon," Kaag said Thursday.

The girl's death is the latest in a series of child marriage cases in Yemen, where the minimum age to tie the knot is still under debate.

Frustrated by the recent revelation, a Yemeni government official called the case "a stark reminder that the practice of underage marriage must come to an end."

"The government has been working tirelessly to cement the minimum marriage age but conservative parliamentarians have stood against it," said the official, who is not authorized to speak to the media. "Members of the conservative block need to step up to the responsibility of protecting the rights and freedoms of the young. NGOs must continue campaigning to shed the light on this unfortunate practice."

In September, a 12-year-old Yemeni girl forced into marriage died during childbirth. Her baby also died, according to the Seyaj Organization for the Protection of Children.

Fawziya Ammodi was in labor for three days before she died of severe bleeding, said Ahmed al-Qureshi, president of the organization.

"Although the cause of her death was lack of medical care, the real case was the lack of education in Yemen and the fact that child marriages keep happening," al-Qureshi said.

Child brides are common in Yemen, where the United Nations estimates that one in three girls are married before age 18. Most are married off to older men with more than one wife, according to a study by Sanaa University.

For the girl's parents, marriage means the daughters are no longer a financial or moral burden. Most times, parents get a promise from the husband to wait until the girl is older to consummate the marriage.

"Early marriage places girls at increased risk of dropping out of school, being exposed to violence, abuse and exploitation, and even losing their lives from pregnancy, childbirth and other complications," UNICEF said.

The issue of Yemeni child brides made headlines in 2008 when 10-year-old Nujood Ali was pulled out of school and married. Her husband beat and raped her within weeks of the ceremony.

To escape, Nujood hailed a taxi -- the first time in her life -- to get to the central courthouse where she sat on a bench and demanded to see a judge.

After a well-publicized trial, she was granted a divorce.