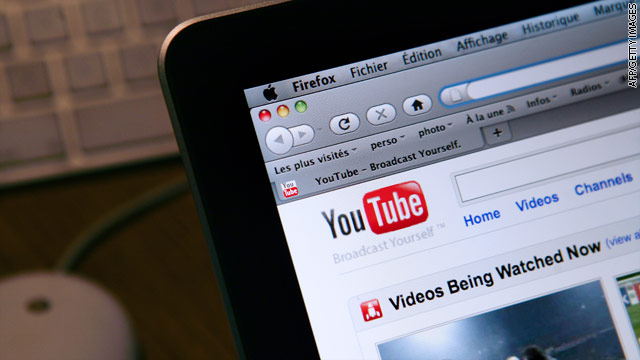 London, England (CNN) -- Esra'a al Shafei is a 23-year-old Bahraini dedicated to providing young people in the region with the opportunity of free expression.

In 2006, she founded Mideastyouth.com, an award-winning Web site that enables young people from the region to voice their political and social concerns.

An outspoken defendant of free speech, Esra'a has in the past been subjected to threats and harassment. As such she has asked CNN not to publish her image.

Esra'a talks to CNN about the youth of Bahrain, their role in a changing society and how the Internet and social media sites such as YouTube and Facebook are changing mindsets and bringing exposure to new worlds.

CNN: You were a 19-year-old university student when you founded mideastyouth.com -- what was your motivation for doing so?

Esra'a al Shafei: I started Mideast Youth back in 2006 because I felt that, as much as young people were embracing the Internet, they were not really embracing the diversity that came with it. I saw a lot of segregated communities -- Kurds, Arabs and Iranians, Muslim and Baha'i -- and it seemed that these divisions were a big obstacle in moving our society forward. The site is there so that we can all speak out about what matters to us under the same banner and work effectively as a collective force.

CNN: What role has the Internet played in influencing the social attitudes of your peers?

EJ:There has been a huge take-up of social media by young people in Bahrain and this has had a big effect on how we think about the world. With platforms like YouTube you can become intimately exposed to the plight of migrant workers for example, and this is something you may never have known otherwise because it's not presented in the mainstream news here.

On Facebook there are loads of groups dedicated to the rights of homosexuals in Bahrain -- ten years ago this is not something you could have even talked about among friends! As a result young people are becoming much more tolerant and engaged with social issues in a way that previous generations may not have been.

CNN: With this exposure to the new worlds of the Web, does religion still play an important role for people of your generation?

Faith is still very prominent among young people. There are always a lot of young faces at the mosques and Islamic study is still taken very seriously at school. But many of the same people have a lifestyle without the "religious limitations" -- so they drink and have pre-marital sex and other naughty stuff like that.

CNN: You have made some tremendous achievements as a young woman. Does this reflect a change in Bahrain concerning the place of women in society?

While we may not have full equality, our role is escalating all the time. We have female ministers, ambassadors, public intellectuals, women entrepreneurs and activists. My girlfriends are all very ambitious and there is a growing sense of entitlement which can't be rolled back. Bahraini women are very headstrong, if there's something we don't like everybody knows it!

CNN: What is the attitude towards casual relationships between young men and women in Bahrain?

There is a big generational divide. For older people it is just not accepted but for us it's basically the norm. Some of my most religious friends have boyfriends, they call them up, they go for coffee, go to the mall, and you'll see young couples hand in hand all over the city.

Most of us believe that you should be free to discover and choose your love, choose who you want to marry. Thankfully in Bahrain we don't have honor crimes like you find in Jordan and Pakistan just for dating someone.

CNN: Is there a great deal of tension between young people and the ruling government of Bahrain?

Well first of all, I want to say that young people here definitely appreciate the freedoms we have compared to neighboring countries. If I were living in Saudi Arabia, Iran or the UAE for instance, there are so many things that I wouldn't be able to get away with.

That said, although the government promotes itself to the West as one that fully embraces free speech and progressive policies -- it still does not engage with the concerns of young people.

All my friends are involved in campaigns, from human rights to environmental issues, but there is a real anxiety that our voices are ignored and that the country is not growing in a way that we can gain from.

CNN: What sort of things you do for laughs?

Music plays a very big role. One of my best friends is in a metal band so we go to gigs to see him. We have a lot of emerging young musicians who use things like hip hop as a tool for self expression and we love that. We all exchange ideas with them and they take our thoughts as activists and write about them.

Another friend is passionate about poetry, so sometimes she creates a little club of poets and young people who will just go around talking about literature and poetry.

Of course we're not always so deep -- a lot of the fun is just mindless stuff -- young people hanging out, flirting with each other on the streets or in shops. We'd love to go to the beach more often but unfortunately most of them have now been privatized -- it's very annoying!

CNN: Is there any censorship of artistic expression?

There are still issues. For instance a journalist recently wrote a very aggressive article about a metal band in a national newspaper saying how these are people embracing Satan, how they're not religious, and how bad they are for society. But nothing could be further from the truth! These were Muslim metalheads, they're very faithful, nothing against religion. It just goes to show the huge misconceptions between different parts of society.

But we don't get attacked for going to gigs or anything like that, there's no stopping us now so they're just going to have to accept it!

CNN: You're still only 23, what does the future hold?

My big project right now is a platform for distributing music specifically about social change. This will enable socially conscious musicians to connect with listeners in their region via an phone or blackberry application. It's something I'm really excited about!