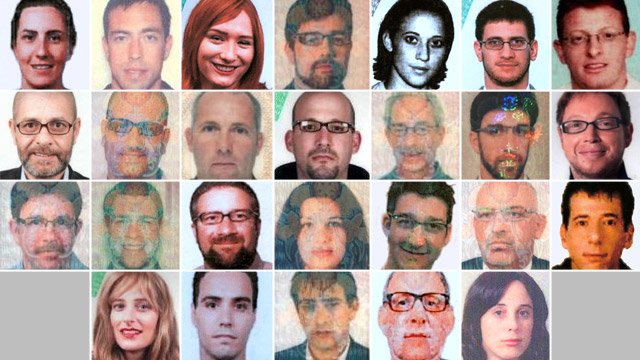 There are now 26 people suspected of involvement in the killing of Hamas leader Mahmoud al-Mabhouh.
STORY HIGHLIGHTS

Dubai, United Arab Emirates (CNN) -- Police announced 15 new suspects in the January killing of a Hamas leader at a Dubai hotel, bringing to 26 the number of people suspected of involvement in his death.

Authorities previously had released a list of 11 suspects in the killing of Mahmoud al-Mabhouh, a founding member of Hamas' military wing. Al-Mabhouh was found dead in his hotel room January 20.

Police believe he was killed the night before and suspect the Mossad, the secretive Israeli foreign intelligence unit, was behind his killing.

Among the new suspects are six more people who allegedly used British passports in the commission of the crime, four others using Irish passports, two other French passport holders and three people, including a woman, traveling on Australian passports, police said in a statement Wednesday.

"Friendly nations who have been assisting in this investigation have indicated to the police in Dubai that the passports were issued in an illegal and fraudulent manner, adding that the pictures on the travel documents did not correspond to the original owners," the police statement said.

Dubai authorities have informed Australia of the possible use of the three Australian passports, Australian Foreign Minister Stephen Smith said Thursday (Wednesday ET) in a statement to Parliament.

The passports were issued in 2003 to Joshua Bruce, Adam Korman and Nicole McCabe, he said, adding that Australian officials have been cooperating with Dubai authorities.

"The Australian government is very gravely concerned that these Australian passports appear to have been used fraudulently," he said.

Preliminary analysis shows that the passports "appear to have been duplicated or altered," he said.

He said he had told the Israeli ambassador to Australia, Yuval Rotem, that Australia expected Israeli authorities "to cooperate fully and transparently with the Australian Federal Police investigation into this matter."

The European Union earlier this week said it "strongly condemns" the use of false EU passports in connection with al-Mabhouh's slaying. Officials have said the passports are not fake or forged but were authentic passports meant for other people.

While authorities have not said how he died, al-Mabhouh's family was told there were signs of electric shocks on his legs, behind his ears, on his genitals and over his heart. Blood on a pillow led police to believe he was suffocated, the family was told. The killers left some of al-Mabhouh's medicine next to his bed in an apparent effort to suggest his death was not suspicious, police said.

Police said Wednesday they have traced the suspects' travel routes and their destinations before and after al-Mabhouh's death. "The suspects gathered in Dubai and dispersed to various locations before pairing up again in different teams and heading off to other destinations," the statement said. The Australians, for instance, are believed to have departed Dubai in a boat for Iran.

Police released a diagram showing the travel routes. The suspects are believed to have departed Dubai for places including Paris, Hong Kong and Rome following al-Mabhouh's death.

In addition, police said in a statement that 14 of the suspects used credit cards issued by MetaBank, based in the U.S. state of Iowa, to book hotel rooms and pay for air travel.

Payoneer, an online payment distribution service, issues the types of cards the suspects are said to have used through MetaBank. Someone "loads" the cards by paying Payoneer, which then contacts MetaBank to issue the card, according to Payoneer.

"We are aware of the news reports," Mary Kae Marinac, a spokeswoman for Payoneer, said Wednesday. "We are cooperating with [MetaBank] and the authorities to explore the matter" and identify the accounts.

A spokeswoman for MetaBank confirmed the bank's relationship with Payoneer and said the company is investigating the allegations.

Meanwhile, the new list of 15 suspects "includes people who offered prior logistical support and preparations to facilitate the crime and others who played a central role," police said. "Dubai police investigators are not ruling out the possibility of involvement of other people in the murder."

The 26 do not include two Palestinians arrested in Jordan earlier and returned to the UAE. In an interview Wednesday, Khairi Aloridi, the Palestinian ambassador to the United Arab Emirates, called al-Mabhouh's death "a major terrorist crime."

The European Union is concerned the killers acquired passports and credit cards by swiping the identities of EU citizens, Baroness Catherine Ashton said Monday. She did not name Israel, although foreign ministers in countries whose passports were doctored called in Israeli ambassadors last week to discuss the issue.

In Israel, as many as seven people whose names were on the travel documents said they have no knowledge of al-Mabhouh's death.

The British Foreign Office said Wednesday it was planning to contact the British citizens named by Dubai authorities as suspects -- because the passports bear their names -- and "we will be offering them counselor services.

"We continue our investigation into this matter and repeat that we expect full cooperation from Israel in relation to this matter," the office said in a statement.

Dubai's police chief said Thursday he was "99 percent" certain that the Mossad, the secretive Israeli foreign intelligence unit, is behind al-Mabhouh's slaying. Hamas has called al-Mabhouh's death an "assassination."

Israeli Foreign Minister Avigdor Lieberman, meanwhile, has said there is nothing more than "media reports" linking Israel to al-Mabhouh's death.

Asked if he believed the Mossad was responsible, Aloridi said Wednesday, "All the evidence and the clues point to an Israeli involvement."

In a report from the information office of the Ezzedeen al-Qassam Brigades, the armed wing of Hamas, senior Hamas leader Ismail Radwan said he believes Israel was behind the killing and called for "the Zionist war criminals" to be held accountable.