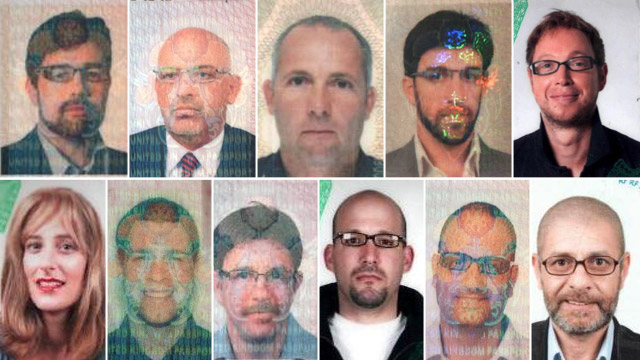 Israel has brushed aside suggestions that it was involved in the January 20 death in a Dubai hotel of Mahmoud al-Mabhouh, a founding member of Hamas' military wing. Israeli Foreign Minister Avigdor Lieberman has said there is "no reason to think" that Israeli agents were involved in the killing.

The British Foreign Office reacted strongly Friday to a report in London's Daily Mail saying that that its spy agency, the MI6, "was tipped off that Israeli agents were planning to carry out an 'overseas operation' using fake British passports." The report cited an unnamed British security source.

"Any suggestion that we knew anything about the murder in Dubai before it happened, including about the misuse of British passports, is completely untrue," the Foreign Office said in a statement.

Interpol has made public the photos and fraudulent names of 11 people it said were involved in the murder in Dubai last month. The "red notices" are not international arrest warrants, but are a way of alerting police forces around the world that the suspects are wanted by authorities in the United Arab Emirates.

The suspects had European passports -- one from France, three from Ireland, six from Britain, and one from Germany, according to police.

Officials in the UAE have told CNN there are several other suspects, as well.

"As we have said already, the Dubai authorities told us about the role of British passports on 15 February," nearly a month after the killing and hours before Dubai investigators held a news conference about the case, the British Foreign Office said in its statement.

"We told them the following day that the passports used were fraudulent. The head of the Dubai police has also made clear that embassies were not contacted until shortly before the identity of the suspects was revealed."

The Austrian government, meanwhile, weighed in on news reports that Austrian mobile phone numbers may have been used in the plot.

The Austrian Counter Terrorism unit is involved in investigating that angle, said Rudolf Gollia, spokesman for Austria's Ministry of Interior.

"We have some information but we aren't allowed to communicate it," he said. "We have, however, no suspects and we believe that it was only the Austrian numbers involved, not anyone actually physically located in Austria."